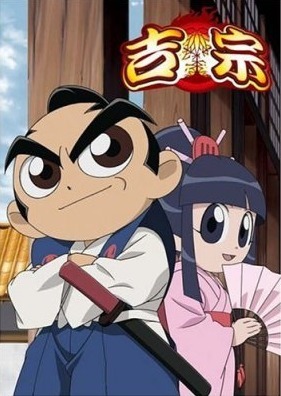 Jonathan and another young boy named Asuma both seek to become Samurai. A mysterious samurai saved them when they were young from the fallen angel Amy.

The year is 1787, Tenmei Era, a time of plague and famine in Japan, When ordinary swordsman only add to the piles of corpses on the street. But Nakoruru, a nature-worshipping Ainu priestess; Haohmaru, a bold samurai with a death wish; Hanzo, a ninja loyal to the Shogun, are samurai spirits with a common destiny. With Nakoruru's guidance, the trio battle the supernatural forces of the Dark Kingdom, led by the half-human wizard Madou Shiranui. If Shiranui's troops succeed in fomenting a war between Japan's warlords, the resulting devastation will clear the way for Dark Kingdom invasion of earth. Can the the brave samurai stave off an all-out attack by an entire legion of demons?

Hanbei Tsukinami, a samurai who belongs to a clan. Disgusted by bizarre hobby of his lord who likes to kill powerless people, he then left the clan and went to Edo as a ronin.

An extremely shy and shut-in samurai in Japan's peaceful Edo period is preoccupied every day by thoughts of harm, and his hobby of seeing the poster girls of every tea house.

Samurai 8: The Tale of Hachimaru

Only the most powerful warriors are able to transcend their human bodies and become something even greater—samurai. Samurai carry special souls within themselves and can travel through space as easily as walking the earth. Hachimaru has always dreamed of becoming a samurai, but he’s as weak as they come. He’s so sickly that he can’t even eat solid foods. Being too weak to leave the house may have turned Hachimaru into an expert at video games, but with enough heart, could he become a true samurai?