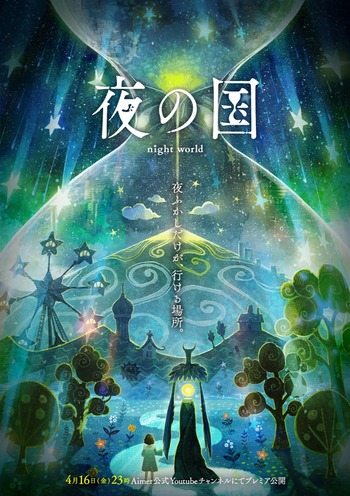 Just solve the puzzles! Tokine Ami is the secretary of the CEO of the advertising agency TEN2. Today’s client is a representative from a famous anime company! Tokine was cleaning the meeting room in high spirits to get ready when... Suddenly the area got enveloped in light,and she couldn’t get out of the meeting room! On top of that something like a monster showed up and said it would only let her go if she solved some puzzles! Not really understanding what was going on, she decided to solve the puzzles first and think about it later!

In five hours, the city of Tachikawa will disappear. Two men are chosen to be "Q Formers" heroes. The hot-blooded man who loves Tachikawa, Kaito Aen and his best friend Ansa Arishin. Together, along with senior Q Former Tokine Amino and Genki JK's Hyuga Takaragawa, they'll release the energy from the "Q Stone" to save Tachikawa.

Wang Fan, who masters the original technique of martial arts, Empyrean Xuan Knack, used to be just a common student in the Golden Academy. However, to revenge for his senior, he put on the Silver Tiger King Mask, and since then, the name of Silver Tiger King has been dominating the world. I’m Wang Fan. Wang stands for the king and Fan means being common. With the mask, I’m Silver Tiger King, but without it, I am but a common man.

The story centers on Akari who buys a dummy head mic and enters the world of ASMR. As her childhood friend, "you" also start to learn about ASMR as well.

The story of Haitai Nanafa revolves around an energetic middle school girl named Nanafa Kyan. Nanafa lives in Okinawa with her grandmother who runs the "Kame Soba" soba shop, her beautiful older sister Nao who is in high school, and her younger sister Kokona, who is in elementary school and has a strong ability to sense the supernatural. One day, Nanafa witnesses a seal fall off of a Chinese banyan tree, and three spirits who live in that tree are unleashed. These spirits include Niina and Raana, who are "jimunaa" spirits. The third spirit is Iina, who is an incarnation of an Okinawan lion statue. As spirits start appearing one after another, the peaceful life of Nanafa and her family begins to change.