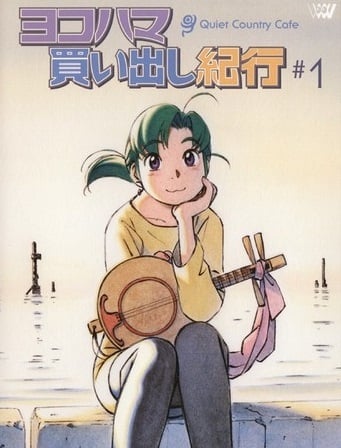 When I started watching Quiet Country Café, I was almost positive that the anime would be pretty much identical to the original anime in mood and tone. I was fully ready to post up a 4 sentence review saying something along the lines of, “This is exactly the same as the original. If you liked the original OVA, you’ll like this one too.” However, what I found was something that’s actually quite different, in its own subtle fashion. As I stated in my review of the original work, I found the original Yokohama Kaidashi Kikou’s mood to not only be calm and cheerful, but also depressingly claustrophobic. However, I certainly didn’t feel any of that here. In this OVA, a certain seemingly disastrous event occurs (yes, something actually HAPPENS in this one) which acts as a catalyst for the main character to embark on a kind of spiritual journey. This outing manages to be surprisingly uplifting; while watching the original OVA, I felt that the main character was trapped in an imaginary prison, yearning to break free and explore her surroundings. In this OVA, she does just that, and the results are very satisfying. Also, the plotline seems a little better than before. In the original, I found the moments of beautiful serenity to be somewhat at odds with the moments of absolute tedium. There seems to be much less of the latter in this latest installment; in the original OVA, there was an absolutely painful scene in which the main character spent 5 minutes making a cup of coffee, but in Quiet Country Café moments like that are small if they even exist at all. Furthermore, I found the music to be a significant improvement over the last OVA. Both the JPop songs and the instrumental BGMs work much better, and are just flat out nicer to listen to. Unfortunately, the animation isn’t really better. The difference between the two animes is a pretty clear example of the strengths and weaknesses of computer-aided animation. While the new OVA has brighter colors and more nicely defined character designs, it lacks the incredibly nice detail in the animation that the original OVA had. In this one, movements are less fluid, there are less visual touches to make the animation seem special, and the characters “stick out” in front of the backgrounds more. While the animation is still pretty good, it wasn't particularly impressive either. All in all, I think Quiet Country Café is significantly better than its predecessor. The nicer mood, the more engaging plot, and the superior music, combined with the fact that this anime’s style takes getting used to before you can really like it (insert lame metaphor regarding coffee here), allow for a much more pleasurable experience.

Secret Santa 2014 Review Yokohama Kaidashi Kikou: Quiet Country Cafe is a pretty simple show. It revolves around a seemingly normal and gentle young girl named Alpha who just happens to be an android. She owns a tiny cafe, and although it doesn't see very many customers, she enjoys her day-to-day life. However, her cafe is soon destroyed by a typhoon that hits her area. With not much left, the girl decides to set out on an adventure to view other parts of the country.  The first thing I have to mention about Yokohama is that there's very little dialogue; it's all about the feeling and mood of enjoying the little things in life. Alpha isn't very upset at the loss of her shop. She takes it well and seems to decide that since she now has very little possessions and nothing to hold her down, it would be a good time to see what the world has to offer her. And just as there is little dialoge, there is little excitment. The typhoon happens, taking up most of the first episode, and then you see Alpha leave on her journey. The rest is mostly her wandering from place to place, doing little activities here and there. You eventually see some other characters, but they don't offer very much and little is known about them. For me, the best part of the show was the scenery and backgrounds. While it's nothing amazing or unlike anything else, it's all quite pretty. You'll see a lot of simple shots of fields, flowers, flowing streams, and the like. It creates a nice mood, all about the simplicity of every day life and its beauty.  There's really not much else to say about Quiet Country Cafe. It's a healing anime; there's no conflict, little to nothing happens, and you follow a quiet and kind main character. The goal for these types of shows is to soothe its viewers, but for me it's usually hit-or-miss... with it more often being a miss. I was predominately bored throughout the two short episodes, but the scenery and simple yet nice on the ears background music kept me from drifting off. Others may find these types of shows relaxing so it might just work out for you who is reading this, but if you want something other than relaxation and some pretty scenery with soft music, then I suggest looking elsewhere. It's not exactly a 'bad watch', but I think it only truly works for a specific audience.

It’s strange, although Quiet Country Cafe and its prequel don’t have much difference in storytelling, animation and characters, I enjoyed this OVA a whole lot more than its predecessor. The story follows Alpha, an android looking and acting exactly like a regular human, around as she lives her life in and around her café in the Japanese countryside. Its way of storytelling is very tranquil and slow-paced, with lots of focus on scenery and emphasis on very normal emotions of peace, minor worries and slight happiness. It’s something I normally find very soothing to watch, but somehow didn’t quite work for me in the previous OVA, where the absence of music was painful in the endless sequences of landscape-shots and still character close-ups. This time around however, be it because my state of mind was more suited for it, the music was used where it mattered or that the story was just slightly more interesting, I got the full package of great tranquility this title has to offer. It’s still nothing awe-inspiring, but definitely something I’d recommend to those looking for a slow-paced beauty to calm down with. 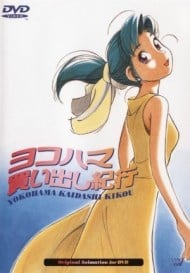 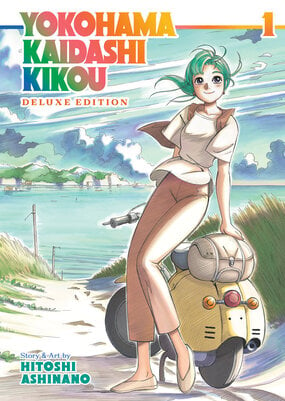