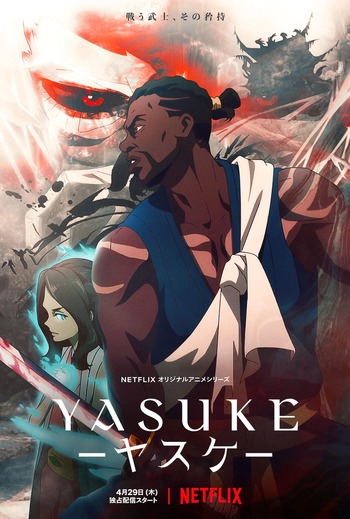 Immortal renegade Philly the Kid and his transforming pink Cadillac join a relentlessly upbeat friendship droid on her quest to find a missing prince.

LeSean Thomas is all about that 90's OVA feel. Both Yasuke and CB take influence from mecha, samurai, & hero-with-heart-of-gold anime that even your dad will enjoy.

Samurai Champloo is all about style, from the dj-style scratching scene changes to the hip-hop-inspired soundtrack to the eclectic character design. Mugen's fighting style is a funky meld of capoeira and limb-cutting, and Jin is the dramatic foil; he is all steel and old-school samurai style. What binds them together is the desire to test each other's abilities, and a promise to a girl named Fuu: to find the samurai that smells of sunflowers, who plays a pivotal role in her past. Together they travel through edo-era Japan, finding battle and comedy wherever they stop.

Both also have a similar vibe when it comes to the soundtrack.

Why are these two anime simlar choices? My dear friend, here are some reasons: