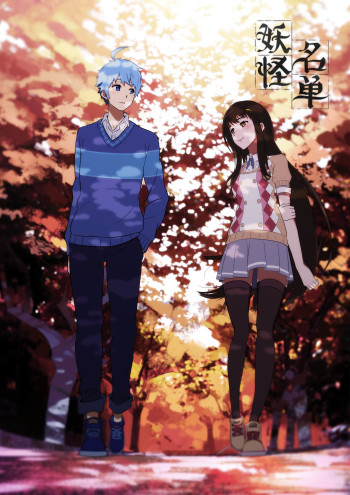 Read the manga what I really recomend.

An interesting story about spirits/demons/monsters inhabiting our daily society, and battling over the value of human life.

Though it does have a light undertone of well known tropes such as harem, urban fantasy and ecchi, they are done with originality that you don't see often enough from chinese anime. If any of those are your genre of choice, I would say it definitely worth the watch with a major caveat:

THE SOUND AND ANIMATION IS SOME OF THE WORST I HAVE EVER SEEN.

Not only that, but the directors did a god awful job in attempting to cover way too much material with such short episodes. There were a ton of times where an important scenes feel like they have half their material cut.

Seriously. With such wasted potential, Haoliners Animation League should be embarrassed for butchering a clearly good story.

That said, if you can get over the aesthetics being atrocious and the story moving too quickly, it is a pretty fun watch.

The story is good. Yeah, I know there are times when when I just felt like punching my monitor but ending was satisfactory. Animation was not top notch but was bearable. I wouldn't highly reccomend it but it is good to watch if you have nothing else to do.