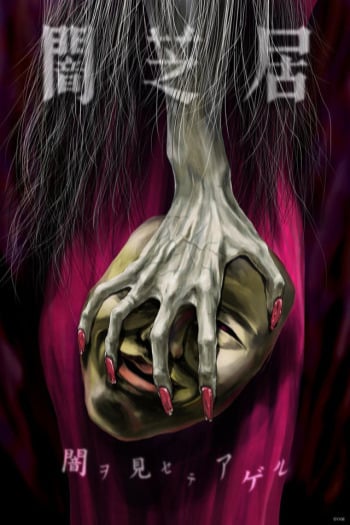 Wow, 5 seasons of spooky stories. Who would have thought Japan had this many creepy urban tales.

Story: We're taken back to the first season for this one. At least in terms of story telling. There's no big spooky monsters like in season 3. The stories mostly revolve around spirits and the unsuspecting Japanese population that fall prey to them. An overarching theme for this season might be "do unto others as you would have done to you", because quite a few of the tales revolve around circumstances of revenge or past issues cropping up.

Animation: Yamishibai has never been the epitome of animation, but if you're on the 5th season, you've come to expect the paper cut out style, jerky movements, and minimal facial expression.

Sound: The end song is wonderfully melancholy, which suits a lot of the stories. Not as creepy as I would like, though.

Characters: As the only character to go from episode to episode is the storyteller, I'll have to base this off the characters of each story. They are given enough characterization that what happens to them makes sense, but not enough that you would remember their names 5 episodes later.

Overall: A good season for Yamishibai, and definitely going in my collection of "Things to make people watch on Halloween".

Basically 13 short little stories based on Japanese urban legends or myths. In my opinion season 5 is just short of being as good as season 1. The difference is so small that I still rate both as 3.5. Most of the stories seemed to focus on ghosts, which to me is extra scary. They brought the original Story Teller back, so that is awesome. The opening scene is still in the park, but the children are faceless now, there are a lot more of them, and to me they seem to move like zombies.

The animation is still good, and they have an grainy effect, with black spots popping in and out, like an older movie. Pretty good effect in my opinion.

Sound is excellent. The main thing they did was to stop the constant narration like that did in YS 4 and allow the stories to tell themselves. It allows for more immersion.

No real comment, because as always, each story has its own characters. Except to mention once again, the original Story Teller is back.

Overall, I would say it is almost on par with season 1. The stories are creepier and scarier. The original Story Teller with his creepy and atmospheric voice is back. for sure, headed back in the right direction. Hopefully season 6 keeps going the same way.

This season was alright, some of it good and some of it just meh. Episodes seemed to fly by, only a couple stood out to me.

The stories were seemed shorter in this season and only a couple of episodes to me stood out. Within those couple of episodes I thought had a good plot that could last within the short time frame. The one thing I have been loving about these seasons of Yamishibai is that the opening and ending credits had something to do with the final episode. Part of why I've been liking the story telling in this series as a whole.

Animation is the 2d type, painting style that is so awesome for this type of story telling. I've been loving this style since the first season and always want more. Part of why I like this style is that the creatures, ghosts, and other things are not overly disgusting or over the top. You can also clearly tell what the characters are feeling, sensing and what not. Just great creepiness with the slightest tones.

Opening and ending credits had great themes and loved the music on the end credits.

Not many characters stood out to me. I did like the innocence and still kinda creepy Flower Girl though from the Flower Reading episode though.

Overall it was an ok season, favorites out this one were: The Crow Children, Giveback-sama, Hide-in-Seek, and Flower Reading.

I didn't mind the fact that the episodes were short, but the stories didn't make any sense. I wanted something to scare me, but this anime only confused me. I thought that if it is a horror anime, there will be a deep story to keep me interested, but actually, it was a big disappointment. I watched only two episodes because I couldn't stand it anymore and it was enough for me to draw a conclusion.