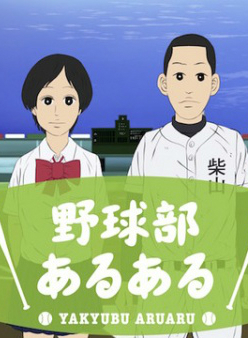 After the sudden death of his wife and child, John Harding spirals into despair. Deprived of his motivation to live, his attempt at suicide is unexpectedly interrupted by the arrival of a friend who wants him to coach the town's Little League team. Can John restore meaning to his life?

Harada Takumi is not even in junior high and he's already the best pitcher in the region, although he's frustrated and ready to give up, because he can't find a catcher who is good enough to keep up with how he pitches in this backwater town his family has just moved to. Then along comes a kid named Nagakura Gou…

Stage of the Ground (Light Novel)