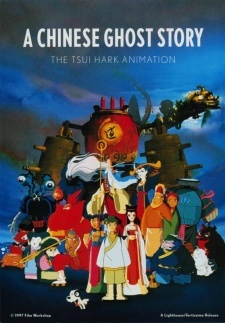 Kosumo has a serious medical condition that has kept her in the hospital ever since she was a child. Since Kosumo's blood type is rare, it impossible to find a donor.While Kosumo is on the verge of death, out in the city, the 99th Generation Miko, Himiko-sama, gets into a terrible accident while trying to save a child. She is rushed to the hospital, and there her fate crosses with Kosumo's. When the hospital discovers that Himiko has the same rare blood type as Kosumo, they decide to make her a donor, since Himiko is sure to die as a result of the accident. Kosumo recovers and moves back to Tokyo, but later finds out that Himiko's blood isn't the only thing flowing inside her…

The Legend of Heroes: Trails in the Sky SC

Born into a family of saints, Philia’s childhood was filled with harsh education. Nevertheless, it formed her into a great saint and secured her engagement with the second Prince, Julius. But when she became too perfect and thus not cute in his eyes, Julius broke their engagement! That's why he decided to make her leave her homeland and make her a saint for a neighboring kingdom in exchange for money and resources. Philia was prepared to be treated miserably but what awaited her was an unexpected welcome! Confused by her new circumstances, she began to use her powers to help solve the citizens' problems such as creating a barrier against monsters and creating a cure for the illness that wreaked havoc on the land. With her new found position, Philia recollected her memories of being in a novel and the future outbreak of monsters that was to come. She used her knowledge and with the help of the people, they quickly dealt with the problem! But at the same time, the very same country that sold her off was also in danger-?!

Tachibana Tsukumo, a girl who cannot feel pain. Yao, an immortal boy whose only wish is to die. What will happen when these two meet...?