Alt title: The Daily Life of the Immortal King 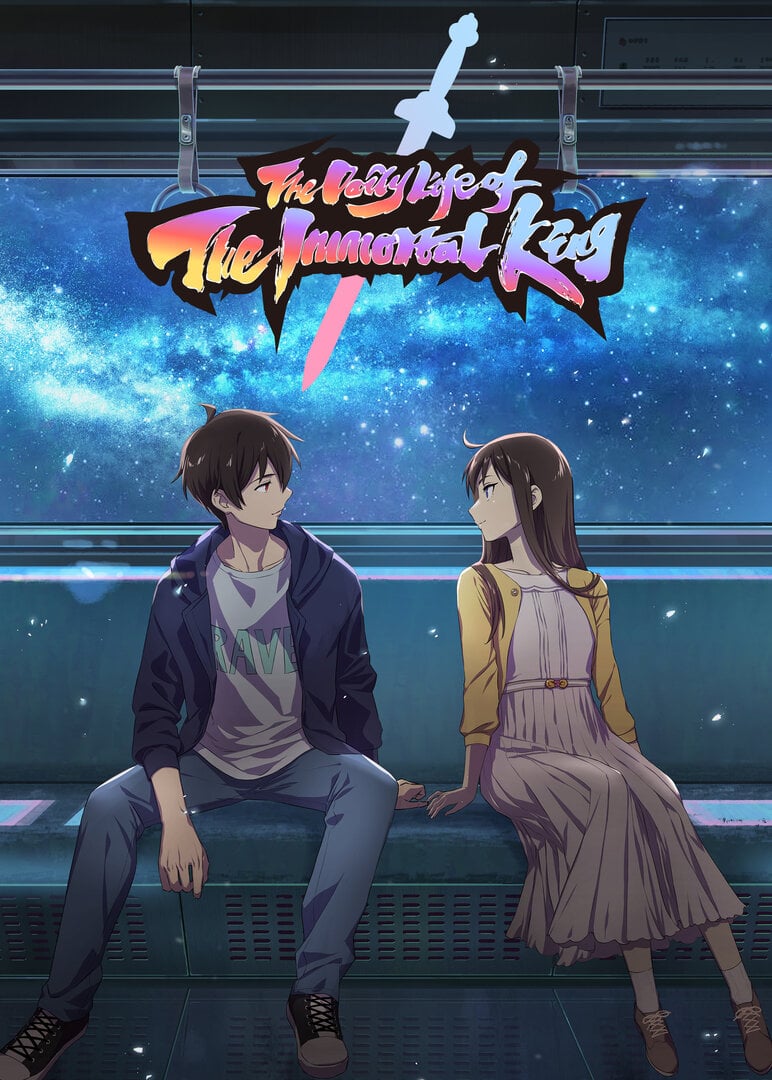 The anime is  totally a meme. You can see a lot of references, and that are really funny. Really. This anime iş so similar to an anime named Saiki Kusuo. MC is really similar to Saiki. Wang loves noodle crisps like Saiki's coffee jelly love. Botu of them are overpowerred MCs in their world. And botu of them are trying to hide it and the story is about their insistion of trt-int to hide this power.

Story: Well, evden though there isn't a big plot the story continues. Its a comedy donghua so dont wait a good plot but its still pretty interesting and funny.

Animation: Animation is perfect. The fight senes, backgrounds, character designes.. I loves all of them.

Sound: Of you are an anime watcher Chinese dub may be a little irritating for you but if you had watched a fee donghua you will understand that the voice actors did a great job. Aş for the OP, I dont like slow songs very much but this one had a great vibe. ED was good too.

Characters: Well, I liked the MC so much. The Girl protagonist was a total tsundere highschool goddess that falls in love with the MC. So you decode to weather love her or not. The other schoolmates were the classic characters that you can find in evert anime like sport boy, bully, tsundere girl, the boy that comes nowhere and  clings onto MC, the others and emotionless overpowerred main character.

About all this donghua had got such hilarious moments. Like asassin with plastic chicken, asassin creed references, dragon ball references, and there are lots of but couldnt remember it.

Its an awesome comedy donghua I highly recommend it. (Oys still airing now.)

Honestly, this is a pretty good donghua. It's a comedy, kind of satirizing other shows of the same genre. It reminds of Mob Psycho in that an extremely overpowered character wants to hide how strong they are because they could destroy the world.

However, where Mob Psycho succeeded is they know when to deliver on the promised action. This donghua kept raising the stakes, saying how strong our MC without ever giving us a good, long battle scene. I'm sorry, that finale doesn't cut it for me. While Mob Psycho S1 did pull the rug out from under us, they still delivered on kickass fighting scenes, letting us know that the MC is truly a force to be reckoned with. They didn't do that here.

On top of that, they never gave him a badass form. Mob has 100% form, which can look pretty intimidating. The MC in this show never really strayed from the humor, even when the show around him did.

The two main characters are pretty good. The female main is a strong character that can fight on her own. She even has most of the fighting scenes. I would have liked to have seen more backstory, as there really wasn't any. However, almost none of the characters had back story so it wasn't based on her gender. I definitely felt that she fell in love with the MC too quickly though. He was also a pretty good character, although I wish he would have dropped the "I'm not strong schtick" at some point in the show. He only technically drops it in the last few episodes, and even then they don't equate that to him but to something else. I love that trope up to a point, but it definitely overstayed its welcome in this show to where it became annoying.

Overall I thought it was a funny show however, you definitely have to watch it from the viewpoint that it's a comedy. Which is a little sad because they have the ability to make some amazing fight scenes. I do suggest watching it for the laughs, but if you want action move on to something else.

My Second Chinese Anime
Before The Daily Life of the Immortal King, I saw The King’s Avatar awhile ago, which felt like a breath of fresh air to me. Not only was it unique, since no anime before has ever touched upon the concept of cyber-sport, but it also had good writing and interesting characters. I was hoping to see something as good as the King’s Avatar, but my expectations were too high for this series, which focuses on Wang Ling, who is near unkillable human being. He is just 16 and wants to enjoy his high school life, but it might be too challenging for him to do, because he is so powerful that it is highly possible for him to hide his power. Will Wang Ling enjoy the high school life?

Good Start
The Daily Life of the Immortal King did have quite a start. Awesome animation, all characters look unique, the series portrays human emotions in a somewhat unique way, action scenes are really spectacular and there is hardly anything dissatisfying you will find about this series. The main protagonist of the series has high spiritual powers, but he has never asked for this. All he wants is to relax and to enjoy the life.

Average
The main problem of that series is that you do not understand what to expect. It might look like it is a parody on overpowered heroes, which is even somewhat funny sometimes. And if it really were a parody, there would have been absolutely no problems concerning this series. However, what makes it average is the fact that the series tries to constantly shift its emphasis, so you do not understand if you are watching something serious, or not. And that makes it totally not worth it.

Overall
Do you want to see a good Chinese anime? Watch The King’s Avatar (Quanzhi Gaoshou).
If want to see something similar to this series, watch The Disastrous Life of Saiki K.

This's a well developed "OP" anime, protagonist Ling Wang is overpowered character but don't think he is a immortal just based on the title, immortal is comman term in titles in Chinese literature like xianxia, ling wang is OP but he can't fully control it if he lose his sense the whole world is doomed in instand so he always seal his power inside but when he enter the highschool..., the whole story is about he survival in highschool and this story contain lot of good plots and twist and few time screenplay slowdown the story flow but good characters development compensate it so don't worry besides this, animation is the best part of this anime. The importent thing is it's chinese animation, well chinese's cultures is completely different from japanese so this anime normally had lot of different in basic concepts, art works and language so even this anime had lot of postivie points it's still under-rated. This animation style din't bother me so in my opinion it's a good anime.

Pros:  Some funny parts and a very emotional climax near the end

They didn't like the ending at all it loses a full point because of that, overall the animal is not bad it's pretty good to watch takes about 4 it takes about 4 hours or so to watch so it's a good weekend watch like on a Saturday or Friday night if you're staying up late. I can't say I like the whole overpass overpowered MC bullshit seal it with a talisman that doesn't make anything it doesn't make any sense and I've read Chinese novels all the time let us make any sense I get what they're going for and I get where it was from because there are other stories that do sort of the same thing there's some sort of seal to make sure you don't go too crazy overpowered it's easy overpowered but I didn't like this version of it peryou know that period also didn't like how he is one how he is what some sort of God there's no explanation for this it doesn't go into depth it doesn't go to back story I have no idea where the hell this is all coming from is from.

I can't say I recommend this anime but I also can't say that I don't , because it's not bad it's also not good that's why it gets like A66 it's a mediocre anime again like any other reviews I have if your completion is watch it if you have time to waste church watch it but if you're not interested in like I said an overpowered MC then don't watch us it's not worth it watch something else or read oread or play with yourself who knows something Just don't wash it's not that worth it.