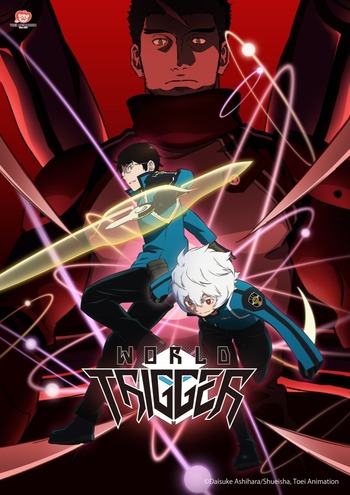 Aside from being confused why season 1 had 73 episodes yet season 2 has only 12, its a decent continuation. Although not having any of the MC in the first 4or 5 episdoes was odd, although not nessasrily n a bad way as I didn't really notice until after the fact. It felt slow to me, its been a long while since I watched season one so I am not sure how the pacing compares but season 2 felt slow to me, largely because of the scenes explaining each teams plans and then their thoughts in battle, and the unnessarily long back story flashback for a minor character you quickly forget and has no relavence in the rest of the season aside from maybe framing the feeling of envy other teams feel for the MC team.

That being said while it felt slow it was still fun to watch and I am eager for season 3.

I saw this as part of the Winter 2021 line-up but ignored it. I just recently finished watching season 1 and didn't think I'd get sucked in to this series.

All the characters were likeable and have their own quirky personalities. I'm happy the same vibe from season 1 carried over to season 2 even though there was a bit of a gap between the first and second seasons.

I'm also glad to see that this season the episode recaps weren't as lengthy like in season 1; and no unnecessary long pauses during certain scenes either (that was my main pet peeve while watching S1). And as the series progressed, the characters' relationships grew gradually. Some characters makes me wonder if they're on the good side or the bad side.

Either way I can't wait for season 3 to begin and see where Yuma, Chika, Osamu & Hyuse progress to.

For me, this series is the best modern fighting shounen. It’s back and better than before. Visuals are much better than in the first season. It’s something, that was hindering this series. It was its weak spot, but no more. Speaking of visuals there were some minor changes, but those are in the direction to be more faithful to the source material. The series is built on team fights with strategy playing an important role. One solo warrior can’t win against a well-coordinated team. It’s the only series, where the talentless underdog doesn’t magically become awesome in the second episode nor the twentieth. The progress is very gradual and hindered by the fact MC lacks strength.

I like the battle system, which has close, mid and long-range combat specializations. Each specialization is divided further by which equipment is used. Strategy, choice of weapons and utilities to fit individual trion (power source) and skills. Moreover, synergy within the team is vital for success in combat. It’s something that makes fights in the series very enjoyable.

The first season was plighted with source material problems, mostly lack of content due to the mangaka having some health issues, which led to manga going on hiatus for several years and anime abruptly ending after the very start of the next arc. Not to speak of one big filler arc included in the first season. However, Manga has been back for quite some time and now is the anime too. If you didn’t see the first season beware the review contains spoilers for the first season.

It continues at the start of the second invasion [1]. It brilliantly incorporates recap by following events of the last episode mostly from the viewpoint of the invaders. The aftokrator invasion arc is still the best arc IMHO. This shorter arc is pretty nice. The focus is different. The music and visuals are on the point. This arc is followed by the continuation of the ranking tournament arc as tamakoma's second team is slowly improving.

What was the issue with the series is the number of side characters i.e. various other teams. Just in the top B-rank tier, there are 20+ characters. It’s very hard to track. I like the action and strategy element. This is the best part of the series. In the second season, some interesting matches are adapted, but the better part of B-rank matches [2] has to yet come in the next season.

The soundtrack during battles is as great as ever. I don’t care about OP and ED.

I appreciate the shorter seasons for sake of proper adaptation instead of long run padded with fillers. I did enjoy this season. If you like the series you are for sure going to enjoy the second season. Especially with visibly improved visuals. Otherwise, I would recommend watching the first season first at least until the filler arc. You can pretty much skip the filler.

[1] Mini-invasion, where the goal is just to hinder earth by destroying their expedition ship.

[2] For two reasons. B-rank top tier matches and Hyuse on the team.

The improvement from the first season is so better. The animation is way smoother then the original. This new season doesnt waste time like the original and I'm more excited for new episodes.