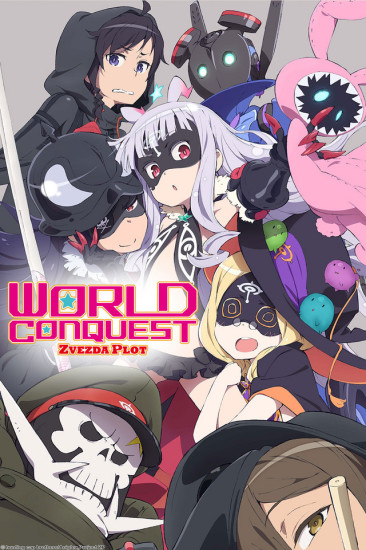 So, we start off with something silly, then it turns even more silly and even dumb and then we get some amazing plottwists that nobody could possibly see coming....
Ahem... No we don't.
Not yet anyway, I mean, really, how many times have we seen the "OMG I totally did not recognize you before because you have a silly mask covering your eyesm but absolutely everything else looks and sounds the same, so it was incredibly hard to even think about it" thing before?!
At least Clark Kent bothered to change his hairstyle (eventhough it wasn't as incredibly obvious as here).
But then!! After all the fun and games and retarded- and randomness, suddenly we are introduced to serious stuff and a plot that makes it seem like they suddenly decided to take themselves serious after all!!

I just don't get it, first it's all weird and making fun of everything, including itself, and then the show gets serious?!
WHY?!
Oh... So I would not drop the show (which I kinda wanted to, except, cute girls =P)...
And then, they're not ready to say goodbye at the end... Hint, hint...

Darn it, I even WANT to meet again too!
How did this messed up heap of weirdness manage to do that, despite all the plotholes, despite not knowing what it wants to be and despite... Well, everything really...
Why am I still interested to see the bad guys do good?!
....
Hi, my name is Mike Sinner and despite the name, I am actually a nice guy. >___<
Don't tell.

So should you watch it?
Mmmmmnu-maybe.
Just prepare yourself for lots of stuff that does not get explained and then suddenly past lives that are somehow supposed to get you to appreciate the character development all of a sudden.
I hope that if they do make a next season, they figure out what they want to do with it.

This is one of those anime where you should realize what the rest of the series is going to be like after watching the first episode, trust me, plot takes more action during the second half, but it's fundamentally the same. All in all I found it entertaining, but lacking enough that it's just average.

First, to consider the good aspects of this show...I would have to say animation and the slight differences there is than the normal mediocre shows of this genre. Yes, the animation and character design themselves was cute. The cute little girl with white hair and red eyes, and the 'main character' Sinon Asuna...whoops Jimon Asuta's little side braid and suit. Mabye nobody cares, but the side braid is actually sort of cute and I really don't see it often on main characters. Speaking of which, I didn't look into it or anything, but this animation is very similar to Sword art online's, and the main character reminded me of Kirito, though he was several levels less useful. The other characters various 'transform' outfits were cute, and if there was actually some serious team fight scenes, that would have been really cool/adorable. When it comes to slight variations from the norm, it would have to be the fact that they are technically aspiring to conquer the world, which was a slightly refreshing goal, even if they are still fundamentally good people. So CUTE CHARACTERS AND A SLIGHTLY REFRESHING PLOT GOAL was what was good about this Anime.

Problems with this show that made it fairly average. First off, completely predictable 'plot twists' and they don't REALLY think we're going to not know who's behind the masks right? I like to assume that producers do that sort of thing with the whole 'main character doesn't know who's behind the mask but it's actually his/her friend' completely out of plot convienience, and that they aren't actually trying to give us a plot twist...

Second, is the complete lack of seriousness. The show got slightly more serious towards the end, but it was filled with silly characters and unserious scenes with a seemingly whimsical and naiive mindset to conquer the world. Even the 'most serious' scenes didn't feel that important or moving because you know that it will soon go back to sillyness. Considering the plot, (aka conquering the world), it wouldn't have hurt to have a little more seriousness in exchange for the sillyness, or at least some more interesting fight scenes, (though we know the MC can't fight squat, the other characters would be interesting to watch).

The characters, (and this almost always happens with 12 episode shows) were underdeveloped. What you do see about some of the characters past's are vague and often not that helpful to developing the character's personality. Even towards the end, the character they could have at least done something to, considering he had his past explained as much as he needed to, was Asuta. Instead I felt like he barely did anything the entire time, other than agreeing to the plot status quo at one point and saying he would stay on the 'world conquering side', oh and being suprised. Other than that, he couldn't fight, and spent most of the show being timid and taking as little action as possible. Further more, the even more important main character Zvezda was left unexplained (technically Asuta is MC, but well, he's even less interesting) WHY IS SHE IMMORTAL?WHY DOES SHE WANT TO CONQUER THE WORLD? WHAT IS THAT DOLL WITH THE COMPLICATED NAME? And various other questions are left out with an 'watch the next season' or mabye they meant it to be 'read the manga' ending. *sighs*.

Sound was average, nothing stuck out to me at least, I guess the opening was so-so. But well, that's mainly personal opinion.

Though it was an overall entertaining action/comedy show with good animation, it carried many of the same flaws other 12 episode shows do, and therefore was lacking, and hits the line at slightly above average.

Zvezda's a anime series about Kate Hoshimiya's, the small loli in front of the picture, plan to "conquer the world". Now I just finished watching Zvezda today and I've decided not to write a review on it simply because I can summarize it in one line. It's shit, compared to a lot of anime standards that is. It has a ton of problems on it that I can't even begin to talk about. Instead ranting though, I'm going to be talking about another topic that I can use Zvezda as an example of. That topic is "Expectations".

You see my fellow chaps, I actually really liked Zvezda. Yeap, loved it even. All simply because I kept my expectations extremely low. So low that it can only get uphill from here. I went in it not expecting to be amazed how they would come up with the most well thought out diabolical plot to enslave the world like Code Geass. Instead I simply watched it because of one of the characters I saw on the poster, Natasha. Now Natasha's the blonde, scantily-clad, witch-looking lady bellow and she has two of my "tastes" *cough*fetishes*cough* in a waifu. That would be pettanko (DFC) and megane (glasses). Long story short, I watched Zvezda just to watch her waltz around the series in her scanty clothes only. Yeah, you heard right. MY PANTS CHOSE THIS ANIME FOR ME. I didn't care about how about how awful the plot was nor how they forced their ideals onto their audience. Veni, Vidi, Vici simply just for Natasha. Nevertheless to say I ended up enjoying the series.

So what's my point? My point is that expectations can affect the way you perceive not just anime but just about anything from books to movies. Expecting the time of your life on something is risky but taking things with a grain of salt allows you to let things inch their way uphill. Thanks for reading :D 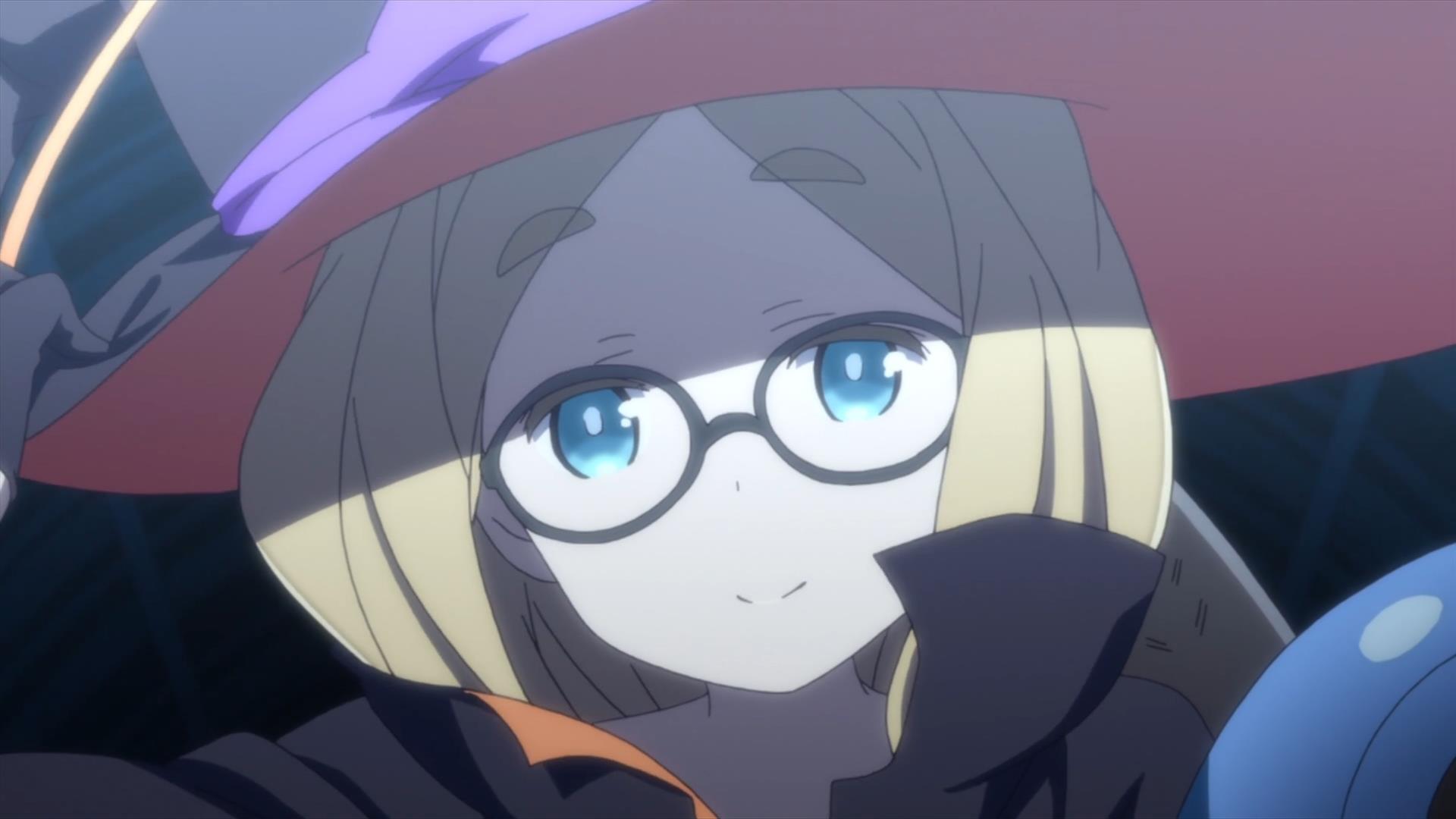 This is a pretty weird anime. It's silly but action packed. The characters are so weird and for some reason they can't function without udo. This is an awesome anime, give it a try. If you hated the first episode then you probably won't like the rest of the series, its a hit or miss for sure.

You ever watched an anime and thought "holy shit this is the most Japanese shit I've eve seen" well this might top that. It's not good but it's not bad honestly just watch only if your bored otherwise there are tons of other shows to watch. I'll be brief with this one since I'll do bad then good spoiler free I think.

first the bad it's very annoying to see little girls in anime pretty much half naked all the time and it's pretty often here. Also it's a glorified no smoking add (which I agree with but that doesn't mean it's a good plot point), there also isn't a good ending it's very abrupt not like it mattered. And finally the story itself is all over the place and the last 2 episodes just flopped.

now the good, it was kind of funny and thats a pretty good compliment since most anime comedies now is just "scream into panning shot of the sky oooo and add some birds for pizazz!" also animation is solid and a pleasant surprise, music is bad which is good. And finally it is a perfect example of late 2000s - early 2010s anime and is kind of a breathe of fresh air And despite all of the annoyances it's always good to sit back and relax and turn your brain off to something.

well that's all peoples thanks for the read and I hope you enjoy!