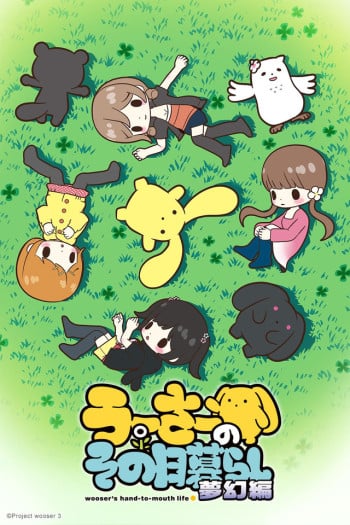 Wooser and the gang are trapped in coffins on a beach next to a sea of blood. They seem oblivious to this.

wooser's hand to mouth life is back again

Wooser the Strategist and His Cunning Plan

Director Wooser and the Twilight Age of Movie Madness

The Villager Wooser and His True Bestial Nature

Hunter Wooser and the Law of the Festival