Everyone knows that lies can come back to bite you, but when Erika makes up a fake boyfriend to impress her new classmates, the results may literally end up hounding her forever! Yes, it was dumb, but what were the odds that the random guy whose picture she used would turn out to be a student at her own school? Or that said faux-boyfriend's silence would come with such a horrible price? Now Erika doesn't just have to run and fetch at Kyoya Sata's command, she has to bark too! Because he's literally treating her like a dog, and she just has to roll over and take it, or he'll tell everyone the truth! But that's not the worst part, because even though this wolf in hunk's clothing has Erika collared, she may be starting to have REAL feelings for him anyway! Is she barking up the wrong tree, or could true love be unleashed in Wolf Girl & Black Prince?

I've honestly never been more annoyed with a character. This girl, Erika is so desperate to fit in with these girls in her class that she submits herself to this a$$hole of a guy who literally treats her like a dog. And as soon as he does something as simple as help her up after pushing her to the ground, all of a sudden everything is forgiven and he's not that bad a person in her eyes. And it's not even like she has no friends, she has a friend in another class who knows what's going on and doesn't really approve but doesn't do anything about the situation, even helping Erika trick her new friends into thinking she has a boyfriend. Are there really people who would do something this stupid? Maybe it's because I've never really felt a strong need to fit in but I can't understand the lengths this girl will go through to be friends with these other girls who don't even like her. This anime just seems like another one of tose where the girl breaks through the main guy's cold exterior and sees that he can be a decent guy, even if it's only towards her. I couldn't get passed the second episode so I could be completely wrong on how it ends but it just wasn't worth it to find out

Based on 7 episodes. Story The story evolves around a teenage girl and boy called Erika and Kyouya. Desperate to fit in at her new school Erika makes up a boyfriend, who unbeknown to her is actually in her year. About to be found out she drags Kyouya out of the class room and has to own up to her lies. Kyouya, known as the Prince is devastatingly handsome and idolised by girls and boys alike for his looks, charm and polite nature, surprisingly agrees to be her boyfriend (for show) if she agrees to be his dog and all that entails. Showing that he is actually sadistic. This is a funny anime, and I find myself laughing out loud at the situations Erika finds herself in. However there is also some uncomfortableness in this for me. I am a fully grown woman, who has had her fair share of awful relationships and if this story was in any other format, film, soap opera etc it just would not be funny. It would scream domestic abuse, watching Erika being pushed away, jealous outbursts, and living for brief moments of happiness inbetween painful misery. It is clear that Kyouya history is a painful one, filled with rejection and he has a deep fear of being hurt. I wonder if this a clever play by TYO Animations, to show abuse in a form that looks innocent, with real consequences, but I fear it will end with Erika healing Kyouya's wounds, without actually really addressing the real issues, that a young woman is putting herself in a situation that rarely works out so perfectly and that abuse should be seen as entertainment, cute and normal for young women. I am sure a few readers will be thinking that I am over thinking this anime, but it is an alternative to the others before and I'm sure the others that will follow. Animation Good, nothing special in terms of backgrounds, but the characters are drawn well enough. Sound Again nothing special, but good enough. Female voices are a bit squeeky. Characters If it intends to carry on the way it is, then I doubt we are going to get much more depth from them, however I suspect Kyouya will have a deeper back story. If it's going to get clever then I think the characters could get much more interesting. allowing the darkness to develop. Overall Despite my misgivings, I like this anime. It's funny, I want them to make it. But it could be so much more!

I'll say this has spoilers for most of it.  Our story is very simple. Our leading Lady decides to lie to make friends that gets her caught up in a mess that she wants to/not wants to clean up at the same time.  Wolf Girl,  aka Erika Shinohara lies about having a boyfriend to her new friends so she isn't loenly in her first high school class year. AND I MEAN FIRST. Her neighbor and love interest have next year with her in the same class, so their is no reason to keep the lie going (of course by that point it isn't a lie). It isn't until half season she quits lying, but then decides to date the fake boyfriend (Kyouya Sata), making it real. So in reality she is Wolf girl for the first half of the season, then the abused girlfriend for the rest. Being the pet wolf, she follows commands, and submits to, Kyouya Sata. The heroine is cute, patient, and nice. She really isn't the issue and because of that, this show is a pain to sit through if you like her. Now the Black Prince, (Kyouya) is the make or break character of the show (for me at least). To me he is the "jerk becomes the nice guy"archetype botched. Sata has what the show calls "a sharp tongue", but it borderlines evil to me. Making our girl cry, saying her feelings are amusing to him, and not caring if she were around or not. This would not be a problem, if at some point, he changed, or had a revolation, that makes him even the slightest nicer to her. But he does not have that. He has MOMENTS of kindness, but never a thing that makes you think "oh he serious". These moments of kindness are spread throughout the show, whether be defending Erika from hurt feelings, or letting her do something considered romantic. While he has some trama, and this trama backs his words up, it doesn't with his actions. She tosses water in his face and he expects her to apologize for doing something he provoked. He buys her a necklace and that makes her cry tears of joy, which allows him to slide on being mean to her.  This rotten piece of royalty never changes. Nor does our subservant dog. They are almost static, looking as if a change will take place, but it's a trick. [MORE SPOILERS] On the final episode, the abused, and abuser argue and to shut her up the abuser kiss his abused. Perfect sum up on of this show.  Other stuff: Sound didn't bother me, so half there/ half not. It's well animated though. Makes me sad seeing good work with this story.  I apologize to fans, but I do NOT see this as a good one. 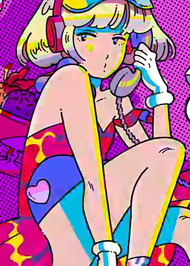 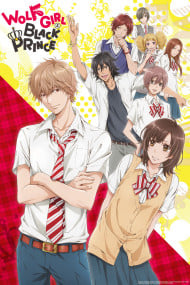 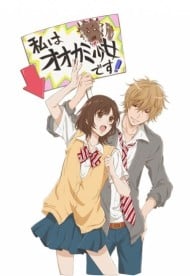 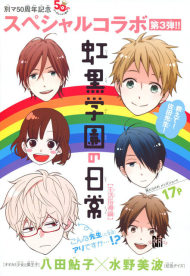