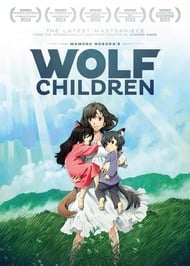 I wasn't really sure what exactly to expect when I heard of this anime. A mother taking care of werewolf children? Sounded pretty damn silly to me, but I gotta say I was surprised in a good way with this film. This movie comes to us from the director of works such as Summer wars and Girl Who Leapt through time, so I had somewhat high expectations and this movie doesn't disappoint.  Story- The story centres around Hana a young women who happens to fall in love with a wolf who can somehow turn into a human and procreate with humans. Now this is where your suspension of disbelief comes in, at first I thought the idea was pretty silly, but as the film progressed, I realized it was actually quite grounded for having a premise thats so out there.  In an attempt to keep things spoiler free, after certain circumstances she has to take care of the two children she had with this wolf by herself and it basically takes us through the hardships they have to endure for about 13 years if I recall correctly. Animation- While the backrounds were very well renderd and detailed, I can't say the same about the character designs. This was even more disappointing to me considering Madhouse had a part to play in this and there productions tend to be a step above in the visuals department. Theres also a few instances of iffy CGI use. Overall I think the detail of the backrounds makes up for it's weaker areas. Sound- The voice acting was top-notch, with all the performces being very believable. The music for the most part didn't stand out very much to me, its the regular fare you would expect for this kind of movie, but it gets the job done. Characters- Proably the strongest point of this movie, all the characters are extremely relatable and almost seem like real people. Despite the odd premise the characters are very down to earth and act how you would expect them to act considering their respective ages throughout the movie. Although, the somewhat rash romance of the Mother at the start could warrant some headscratching. The main characters conisist of Hana the mother, the wolf who she had her children with simply known as Ookami. Her two children Yuki and Ame, as well as Souhei a young boy that Yuki befriends later on in the story. All the characters are well developed and fleshed out, except for the father as he is not present in the story for very long. Overall- I didn't expect to enjoy this movie as much as I did. Especially considering the length it clocks in at right about 2 hours, but I felt almost completely engaged during the whole time, unlike say something like Letter to Momo, where I deffinitely felt like the movie dragged on for a long time. Overall I think this movie was another great achievement my Mamoru Hosoda and I hope he can continue to put out movies of this quality

This movie was recomended to me by a co-worker. At first I didn't actually got interested in it, but after going to a store and see the novel book and looking at a few pages I became intrigued with the story and I have to say I don't regret watching it. Its a beautiful story of unconditional maternal love with real life struggles. 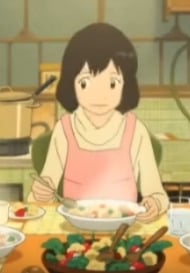 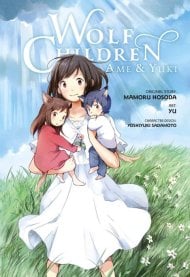 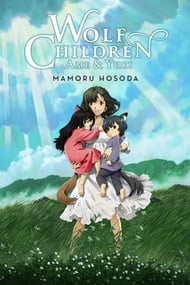