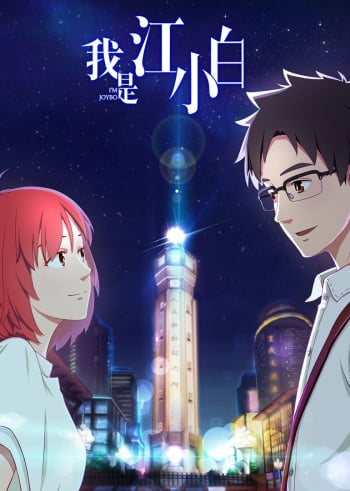 DISCLAIMER: SPOILERS Story, Concept, & Message What’s a guy to do when anything he does is wrong, anything he says is waste, and anything he thinks is pathetic? Get a message from his decade younger self. Duh. And meeting a girl from highschool doesn’t hurt either. Confidence isn’t something that hits everyone all at once, for some it takes time to grow. When someone is getting pushed around daily it’s no wonder that it takes something extraordinary like a time-traveling message to galvanize the m.c. This anime could’ve been longer and stretched out Joybo’s development or it could have done it in a movie. The choice to have it be 12 episodes was the correct one. Or at least it was executed well to tell the story that needed to be told. Paralleling confidence with remembering the past, having the past be the catalyst for present and future improvement is a common enough plot and for this anime it worked especially well. There weren’t excessive flashback scenes, whole episodes or arcs dedicated to childhood memories - like there could’ve been if this was 26+eps - or rushed and squished into a movie. The slow purposeful hints about the characters’ past and how they intertwine are important to what’s happening in the present and don’t jar the viewer from the story. There’s no what’s this got to do with anything? thoughts or get back to the present irritations while watching. The story is a whole that only makes sense by viewing it in the order intended by the creators. The snippets work because they are relevant. Plain and simple. The past, present, and future are equally important. Don’t forget who you were. Let your dreams fly. Tomorrow is another day. All my faults don’t matter now. I am better than I was and getting back to where I wanted to be, the dreams I had for the future, my younger self taught me what I needed to know. Characters Joybo is a pushed around, do-gooder who can’t say no to any request, no matter how ridiculous or unprofessional. He’s immediately likeable and related as being an adult trying to get some acknowledgment at a job or to get some reputation for a career is a rocky path and does require some kowtowing. However unfair that might be. He struggles to remember his childhood and a certain girl in particular. Joybo’s co-workers are a blend of friends, friend-like, and straight up enemy [course there’s always gotta be at least one >.>] They provide good support for Joybo as he navigates and gains more responsibility after becoming Author Torry’s editor. Author Torry returns home and immediately re-encounters Joybo, a boy from her high school, though she doesn’t recognize him right away. Once she makes the connection she does her best to get him to remember her indirectly. As each attempt fails she gives it another try, and another and another. Joybo's librarian/book store worker friend aids him in everything. Any request he makes of her she gives her all to be of use. She has relatively short screen time but her contributions are huge. A heterochromia kitty that doesn’t initially get along with his namesake provides some comedy to this rather tearful anime. The hisses and pawing doesn’t distract from the overall story and is a nice little touch, especially sense the oversized headed feline grows pretty attached to Joybo. Animation Yes, it’s CG, if you’ve got a problem with that, so sad, ‘cause you’re missing out on a great anime. Dream flashbacks are a colorpalooza that are simultaneously a treat for the eyes and almost too much to handle. Regular [non color popping] flashbacks provide background information that leaves viewers wanting more. Backgrounds fade and leave the character or main characters in focus, as this is there story and they’re focused on what’s in front of them rather than behind [a nice juxtaposition] this aids the overall story. Music The opening song is Joybo’s theme and it plays within each episode at a time where it highlights the actions he’s blundered or the thoughts that depress him. Starting in episode 3 young Author Torry expresses herself through beautiful songs that viewers can genuinely believe a young child would write/sing. If you’ve ever wanted to see “the rainbow in the sky”, have “words treat your insomnia” or “fly freely” you’ll enjoy them. Other songs about childhood memories and relationships play over scenes and are likewise captivating and inspiring. Providing different viewpoints about what it means to be a child, how a child views the future, being a young adult, future goals, past dreams and other related material. One criticism is that sometimes the music is too low/overpowered by the dialouge. That extra mile. Unlike other shows where the episode just ends or the credits play on a black screen this anime has used that section to keep the audience genuinely interested. The ending credits for episodes 1-3 tell a story about a young boy and a young girl: each credit scene provides more information about the past, building by going backwards rather than forward Starting with episode 4 the image gets smaller [boxed] and instead of building on the earlier scenes from eps 1-3 it shows scenes from the main story]. The pause from telling the story is a bit upsetting but does make some sense: as Joybo learned about selective amnesia in this episode. When this scene comes back in episode 11 it’s completely heartbreaking. When the truth of what happened that day is revealed in more depth in the penultimate episode it makes a fine continuation and then is bookend in the final episode full a full explanation of what happened years ago. Regardless of if you are looking for a story like this or if you stumbled upon it [as I did] it will make you think about yourself and the choices you’ve made. Forgive the image in the mirror. This anime is definitely worth watching over and over again.

This is a romance story a little bit different from the norm. The author tried to create a very intelligent plotline based on coincidences, but not everything works perfectly, some events feel really contrived. They just added too many far fetch coincidences toward the end to make it believable, but I think the innovation of the story and the execution is really well done to make it worth your time besides the imperfections. I was very surprised by the excellent quality of the music. Honestly, the songs are a big part of what kept me watching, as the lyrics are made for the story and even tell part of it instead of a narrator. The songs are soft indie rock, if you don't like them, then might as well drop the anime, because they are an intrinsical part of the story. For not being a musical anime they seemed to have used all their budget towards the music instead of the visuals. The animation is bad for the characters using some kind of CGI that seems a little outdated for this year. The backgrounds are ok and they are especially good when it comes to the city landscape. Although the pacing is slow, it never feels boring, in part thanks to the music. There is not much character development until the end and it only applies to the protagonists, which are the focus of the story. All characters are very likable, event with their personal imperfections, and seem realistic. Overall, it's not a perfect show, but despite its imperfections, I will still consider it better than average, especially if you like the music as I did. 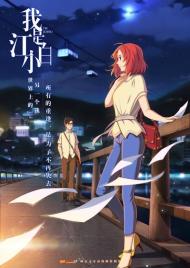 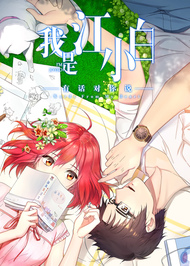