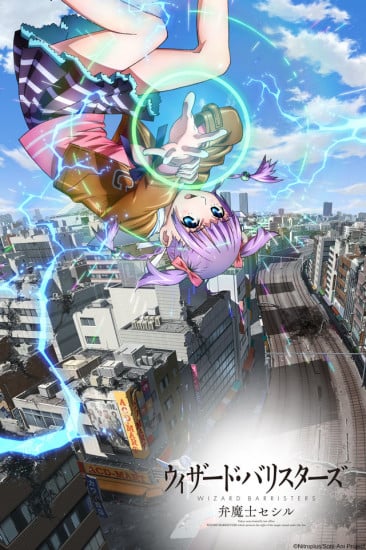 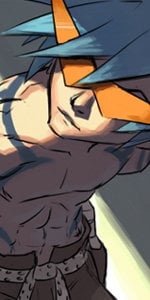 The potential built around the premise of this show was so good I honestly couldn't imagine they could mess it up. I was wrong...

The animation is good (expluding episode 11) and the music is decent throughout... but with that out of the way heres what the shows got to offer once you take the wrapping paper off...

This show was terrible.. I dont know how anyone could watch it. I forced myself all the way to episode 10.. and droped it there. I didn't even want to waste another hour to finish it. I cared that little about the ending.

I watched Hidan no Aria all the way to the end, but couldn't stomach this. While I think both series are on par with eachother.. Even a show like Aria has its charms.  I found nothing to take away from this show.. other than a reminder of how much potential Kite had and was wasted too.

Its like they lock themselves into a creative room to develope the premise, and then pass it off to 5th graders to fill in the blanks.

I know this review isnt very in depth or articulate to these points.. but I was so annoyed by the end I had to put it out somewhere.

I wouldn't recommend watching it.. get the clean versions of Mezo forte or KITE instead. Atleast with those you'll yern for somthing.. other than "somthing else".

Long story short, Wizard Barristers is about a young barrister named Sudo Cecil who is not only the youngest barrister in history but also a girl written about in the mythical book; Grimoire 365. In this world, magic use is apart of everyday society but those who use it (wizards) have strict restrictions on how they can use it. A secret underground group of wizards named the Macal seek to use Cecil's legendary power to destroy the human race.


In a bit more detail, Wizard Barristers carries a theme of magic mixed with courtroom drama and does somewhat decent at one while doing horribly at another. When it comes to anything revolving around magic and the Wizard aspect of this series, we are introduced to the best animation Studio ARMS has to offer and mecha battles that can be pretty awesome to watch. The action scenes are really the only great thing about Wizard Barristers, the actual story revolving magic and Wizards is consistent but gets a little repetitive. ANYTHING involving the law and investigations of a crime on the other hand is complete bullshit.


When it comes to the law and the judicial process, I don't believe anyone working on this series actually took the time to study law and get their story straight. Maybe I could be wrong and the Japanese court and legal system is just really really different from that of the United States. I know, this is a fictional series and the creators can simply rewrite the laws of the world to fit their story but what I've seen here is just plain stupid. The accused is given the right to have his victim represent him in court, a lawyer is kept from speaking with her client, search and seizures without a warrant, horribly incompetent judges among other problems related to the law. Even worse, the main character Cecil is in fact the youngest barrister in history and one would think because of this, Cecil would have high level critical thinking skills on at least she'll be on par with that of Casey Novak (L&O SVU). Instead, Cecil never lives up to what her achievement implies and is just a naive teenager who thinks she's a barrister.

Wizard Barristers does have action and it's magic to fall back on though. Discrimination against Wizards isn't put on full display but the laws against the use of magic and the last episode with the protesting crowd gives us a good enough sense of how much humans are afraid of Wizards. This discrimination ends up producing a circle of hate with a specific set of wizards named the Macal looking to exterminate the humans. As you can see, the magic theme half of this series is much more interesting and better executed than it's judicial half. With Micheal bay style explosions, mecha battles and a good insert song to accompany a fight, Wizard Barristers manages to deliver on magical half but not it's judicial half.


Why you should watch this:
If you care about action, magic, offbeat sub par comedy and random moments of ecchi, then you might enjoy Wizard Barristers: Benmashi Cecil. Cecil's constantly evolving powers equate to her ending up in all kinds of problems that call upon the use of magic. The scenes of magic battles tend to be short but entertaining.


Why you shouldn't watch this:
If you came here looking for some kind of magical version of [insert favorite legal drama here] then turn away now. Investigating a crime happens more in Danganronpa than in Wizard Barristers and the events of almost every case is purely testimonial. Even when this series makes an attempt at being a courtroom drama, it sucks horribly.

ART: The art is what drew me to this anime as it is the same as Kite and Mezzo Forte, two anime's that I really like. It is probably not for everybody but I kind of like it.

SOUND: Again no complaints from me. The music did what it had to do but nothing stood out for me. Voice acting is good but I expect nothing less from anime.

CHARACTERS: Main character is the Cecil. At 17 years old she is the youngest wizard barrister. Her greatest wish is to free her mother who is on death row.

Butterfly Law office is a lawfirm specialized in helping wizards. The leader is Ageha and she is one of the few non-wizards at the firm.

STORY:  During an attack on her life her mother kills the assailent and is sentenced to death for it. Years later Cecil has become a fully fledched wizard barrister and is looking for a chance to give her mother a retrial to clear her name. As she is trying to find evidence she discovers many obsticals on her path. Not only that but others seem to single her out and attack her at every opportunity. It quickly becomes clear that there is more at work here that she knows.

The art is still there though and I already mentioned that I liked it. It is just this side of weird that just appeals to me but I will admit that it is not for everyone.

I only wish the content was as good as the art. The story itself is fine. Young girl becomes a lawyer to clear her mothers name and she just happens to be a wizard. In this world wizards and humans live side by side but wizards are considerd a third rate group discriminated by normals. They are not allowed to hold public office and are generally disliked by the populace.

The problem they do this just rubs me the wrong way. Everything is done very heavy handed and painted almost in a black and white manner. The thing is that wizards are very powerful and the opening scene demonstrates this very well. A fire wizard goes on a rampage and blasts a number of police officers out of a moving metro car before derailing the metro itself. You see it crashing through residential areas with massive destruction. This is just ONE wizard, just imagine a group going wild or an army and you get the picture. Discriminating such a powerful group of people is very tricky so there has to be a good reason for them to adher to human law.

My main gripe with the anime has to do with the reveal of the bad guy. During the course of the anime there are 3 groups after Cecil. By episode 6 you know who the main bad guy is though and also his main minion. The problem with this is that it takes away most of the suspense.

With this I mean that there was a perfect moment to reveal the minion at a moment of maximum effect. This is completely wasted with the early reveal.