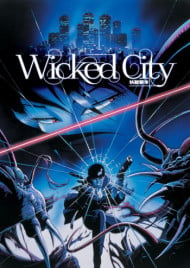 Story: I actually missed the first 10 minutes of this suckfest so I don't know if I missed much of the plot or anything BUT I did miss some worldbuilding because the first 3 minutes is always spent on narrating for whatever crapsack world some shit like this is taking place in. But all that? Total peanuts because what you're here for is demon on demon- oh, wait, I'm thinking of something else. Demon on Demon Hunter/Fighter (But isn't actually a demon) action. Admittedly, I'm starting to confuse this with some other shit I watched so bare with me, because we'll get to the goodies soon. But there is demon on demon action. Pretty much action with demons. By goodies I mean the gratuitous titties and sexual assault, which isn't as gratuitous as you'd believe because there is a chess game thrown in there. But there is at least...1... 4... like, 6 counts of boobs/"Intimate" scenes, intimate can be replaced with.... well, rape. It's pretty uncomfortable how long it sometimes lingers on the censored acts of coitus and then shows monster vaginas because plots, you know? It's all plots. Some acts lead to tying up loose ends or some shit while others are for kicks or making you uncomfortable because the fuck was the lady with the red dress. No fucks, that was what she was. No. Fucks. But the actual, actual plot, that is something that needs to be seen from the start as for the longest while I was wondering why they needed Jerky Binks (That wrinkly old man who wants to wet his trouser snake) and once I was told, I forgot a moment later because who gives a shit? You sure wouldn't, or would you? Because events in this story lead to nudity, which can immediately be followed by a bonerkiller, which is totally different from killboner. There are a lot of bonerkillers. Far, far too many. There are some plot twists along the way, because I literally have no fucking clue. One of them is like a -62 degree spin flip from north-west-south. It is dumb as gravel as to- Man, fuck it. It gets fucking stupid until it plays the love card, which I admittedly adored to bits. I knew this shit would happen, I fucking knew it! With a gal like her, you bet your fucking ass love was in the air. It is blatantly obvious with their obvious, clear as day chemistry because I am sure it was there and nuts to the details of it. LOVE SAVES ALL Oh, that last act? Completely fucking bonkers. But she looks damn fine in white. *I thought of something to say but I forgot. Think it got so repulsive it coughed up points. Animation: I'll be frank. The animation is quite good for it's time. Good designs, good stuff and boobs. But everything is pretty much complete shit compared to the Dark God Partner Chick Makie. She, is beautiful. Like, she makes everything else in this OVA/Movie/Whatever it is look like shit. Her in the suit? GOD YES. And those eyes... Oh, but where are my manners? Here is a pic, because google imaging Wicked City gets you nothing but tentacles, boobs, nudity and some violence: She has no fault and made this far, far better than it should have been. I should mention the bonerkillers again, which are followed by some unintentionally hilarious moments. It's like the animators stopped giving shits or just had some fun with it because they knew it was bad. I could stare at that picture all day. And rewatch it for her. She is that good. Sound: Ugh, I don't want to continue to anything else after her. Sound is whatevs, dub > sub and it's hilariously bad at times but sometimes they sound bored. Old man Jerky is what you'd think an old person would sound like and Makie has no fault. Characters: You know the drill. Other characters? Lets see: Old man, fuck him. Makie's human partner? Lucky sumbitch with a gun that compensates for all penises around him. Spider Woman? Hilarious! And disturbing! The Girl in the Red (Is it really red?) Dress? Clearly the best time of your life. Dang, I should not have added that picture in. Overall: This could be 5/5 or 10/10 because love triumphs over all and for Makie. Or just for Makie. But I have to take into account the rape, assault, sexual deviancy, the flimsy plot, dumbfuck twists and mostly lacking characters. But Makie, holy fucking shit man. She is like... an extra 1.5 to the overall score. She nearly fucking doubles it. And all the other categories? She buffs them. So worth watching. But seriously. In the end, she is that amazing. And they weren't kidding in how you'd recognize her as the most beautiful girl there. This has been another Damn That Anime is Bad Presentation: Sexual assault, wanton violence, a real fine, classy sexy gorgeous lady, more uncomfortable sexual assaults and "The fuck is this shit" plots and shit.

Wicked City is terrible. I went into it expecting to like it with its interesting premise but gave up a few minutes in. Little did I know it would get far, far creepier and I'm not one who reacts to horror films much one way or another. It took me years to go back and finish watching it just to mark it as watched and even then half of the time I was doing something else while it was going on. This movie is like a recurring nightmare with the same things happening again; a woman turning out to be a demon (twice), seduction (three times) and rape and attempted rape 5(?) times. The whole idea of the movie was just cast aside in favour of sex and violence, both of which can be handled well but this is not a hentai nor is it a shonen so the amount of both is out of place here and the dissonance between what the premise is and what actually happens makes this movie easily one of the worst of anything I've seen in my life along with a horrendous flashing sequence in the last 10 minutes adding a sore pair of eyes to a sagging heart. With almost every other bad anime I've seen there has been some mitigating factor; Gundam F91 and Bokurano are only slightly bad, Ouran High School Host Club and Ladies X Butlers actually started off pretty well, Welcome To The NHK is pretty fun to watch once, but I can't stress only once enough and so on but all that can be said about Wicked City is the females are hot (though that's the case in nearly every anime) and it isn't Meine Liebe though not being the worst of anything is the bare minmum; not an acheivement. If I were to be punched in the stomach then the knowledge that the person is using their weaker fist wouldn't be the first thing on my mind. 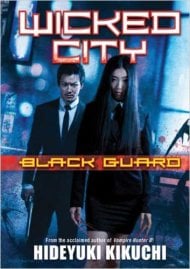