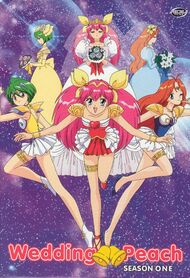 I will punish you in the name of the … wedding?This Sailor Moon clone was animated by the now dissolved studio KSS. The only interesting projects it had taken part in were Golden Boy and the old Ah My Goddess OVAs. Other than that it’s a studio nobody will miss. The director Yuyama Kunihiko on the other hand is a guy who took over lots of great lesser anime of the 80’s and the 90’s. I practically grew up with his works and I have great admiration for his skills. His roster includes Plawress Sanshiro, Windaria, Jurassic Tripper, and even Pokemon. I can’t say I was thrilled with what he did in this show though. So, in a typical magical girl fashion, we have: * pretty and immature teenage girls * gaining magical powers* having repetitive magical transformations and special attacks, pointlessly chewing up 3 minutes per episode* fighting evil demons that want to eradicate love from the world * doing silly teenage things in between* experiencing love, romance and going on datesThese things happen in all straight Mahou Shojo. The pacing is way faster and there are a few surprises that are not as predictable as SM, but the story generally rides the Bandwagon of Mediocrity. The events are bearable and even likable most of the time, even if most are pointless, don’t contribute to the story in any way, and the conclusion is predictable and open to sequels. This anime never changes its theme throughout the series; it’s always about stopping demons from spreading evil. Yeah it’s a kid’s show but a bit more variety wouldn’t hurt a 50 episode series. Unlike the group treatment of the heroines in most Mahou Shojo, here you really feel that each girl doesn’t just have a different behavior but is also is a different person with a different story to tell. Although they still fight for the same goal, both heroines and villains have side-stories in their respective positions and do develop somewhat, making them more likable. And I don’t simply mean more gadgets and upgrades, they also get steady boyfriends. Other than that, they lack much presense, no character was distinctive or weird enough to be memorable. Visually, the show is just serviceable. Voice acting was generally good, the girls show some bare skin from time to time to keep the veteran otakus interested, there are several romantic scenes, lukewarm battles, rainbows and hearts and wedding dresses fill the screen. None of the above was presented in any way better or worse than it usually does, plus those repeating clips in battles always damage the whole. In all, this show is like a half-baked wedding cake. Although it was perceived as a better looking SM when it first came out, after a few years it got forgotten for not having that much to remember it for. Heck, no typical magical girl show has something to remember it for when Precure makes a season each year. It is a nice way to spend your time but it is no masterpiece. -Do you accept this woman to be your beloved wife, in good and in bad, in sickness and in health, in rich and in poor? -Yes, no, yes, no, yes, no.By the way, there is also a set of OVAs as a follow-up to the show. As it usually happens with side stories, they are better animated, plotless, and way heavier in fan service. The girls are funnier, sexier, and generally more colorful, but don’t develop any further or something. SUGGESTION LIST Sailor Moon, Card Captor Sakura, Cutey Honey, Princess Tutu, Full Moon. 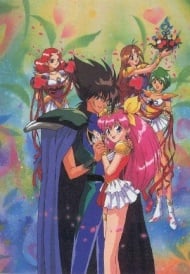 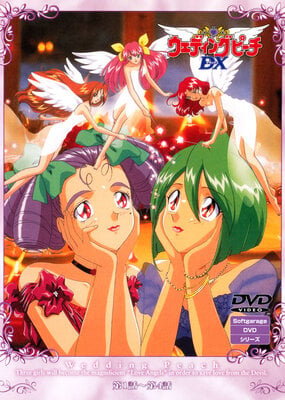 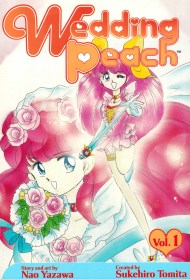 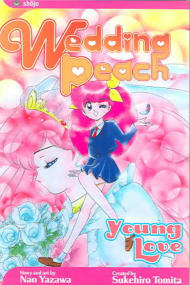