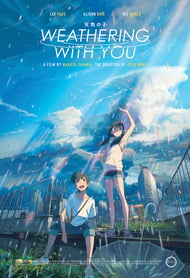 Weathering with You is not your name, but at the same time, it is. Makoto Shinkai’s movies have been nothing but consistent for the better part of two decades. Thematically and artistically, Shinkai directs his movies like a composer writes a symphony in several movements, different in key, tempo, harmony, and melody, but often with a uniting thematic thread, each movement building upon the last. Besides Children Who Chase Lost Voices, all of Shinkai’s movies have nearly identical strengths and weaknesses, in short, superb production value with questionable storytelling and samish character design. As I write this review, I could practically copy/paste sections from my Garden of Words review 5 years ago. For example: “But what was wrong with the characters in [Weathering with You] anyway beyond the subjective “inability to connect with them”? [Hodaka Morishima] was just as determined, hardworking, and kindhearted as any other protagonist. He expressed his emotions in the same flowery language as Takaki, Hiroki, Noboru, [Takao, or Taki].” “Perhaps I'm just tired of Shinkai's continued dwelling on the idea of ill fated love, making each of his movies (besides the one no one seems to like as much as I do) essentially retellings of the same story in different settings.” “Sure it was predictable what would happen between the two characters, but predictability is certainly no crime in of itself. The emotions were genuine and generally well acted. I don't think the performances were earth shattering, but they were authentic and fulfilled their purpose.” Rather than going through everything from Weathering with You that’s the same as Shinkai’s previous movies, I’d like to expand a little bit on what I think makes the movie distinct, and how it builds and improves upon its predecessors (as all of Shinaki’s movies do). Firstly, the animation continues to innovate. Shinkai’s backgrounds and scenic details have always been among his strengths, but if you contrast the animation from even Garden of Words to Weathering with You it’s obvious that Shinkai has put a greater emphasis lately on creating scenes with grand scale, with action and movement that is nearly unprecedented for animation of this caliber. This is something Shinkai has attempted since his attempt to impersonate Miyazaki, but with your name and Weathering with You it seems that he’s realized that you can have Studio Ghibli quality scenes within a different framework, within the lane of Shinkai’s signature magical realism and sci-fi. Scenes like a chase scene on a motorized scooter through downtown Tokyo bring a new sense of liveliness and scale to Shinkai's work. Shinkai could have been content just drawing pretty backgrounds his entire life, but his development as a director has really brought anime and animation into a new era of what is possible.   Secondly, for the second straight movie, the story has a generally more optimistic tone. Certainly it doesn’t shy away from showing the harsh realities of the world in which we live, but rather than despairing in how difficult life is like a stubborn adolescent (as in movies like 5 Centimeters Per Second), Shinkai’s new movies showcase the triumph of the human spirit. The primary musical motif of the movie is based around a RADWIMPS song called “Is there anything love can still do?” and after years of making movies that seem to answer that question with “No,” Shinkai has changed his answer to a resounding “Yes.” The cynics of the world would say that Shinkai has sold out, or that he’s changing his writing to fit a more family friendly “happy ending,” but I think that optimism is needed more than ever in a world that has become so dark.  Overall, if you’ve enjoyed Shinkai’s movies, if you can tolerate elements of the same melodrama that has endured since Voices of a Distant Star, Weathering with You will be a perfectly enjoyable experience, another movement in Shinkai’s grand symphony of movies. If you’re part of the group that believes your name was an overrated product of an out of control hype machine, then Weathering with You is certainly not going to change your mind.

Well, the anime beat my expectations. I cannot add anymore comments because I can't put it into words. So, for those who didn't yet watch the anime, watch it and see for yourselves the content of this anime. 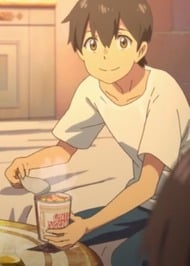 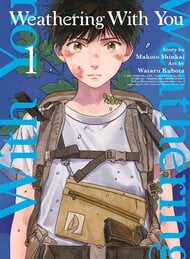 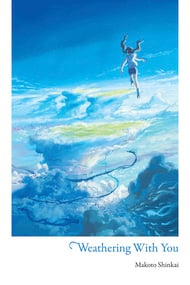