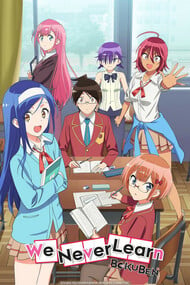 I was expecting a typical harem show with a lot of boob jokes but the show does have its moments where it balances the jokes out with some witty build up and plenty of character. The girls all excel at a specific topic but fail horribly in other departments, so a young man is asked to help tutor them which results in rather awkward situations. I really enjoy the personalities which really adds to the awkward situations they're put in and the clean art style makes it all a pretty neat little package

When reading the tags of this show I should have known what I was in for. And I got exactly what the tags promised: An indecisive and super dense MC with absolutely no confidence in himself and a couple of girls that for whatever reason think of exactly that as appealing. That being said, the show is as mediocre as it gets. Story Yuiga is a high schooler in his 3rd year. Since his family is on the lower end of the food chain, he has not much of a perspective for the future. Until his school offers him a scholarship for their university, on the condition of him tutoring 2 special girls: maths genius Ogata and lyrical genius Furuhashi. Why they need tutoring becomes apparant instantly: Their genius subjects are savantisms. They can do the rest on average levels and, to make matters worse, have a subject they are totally useless in. Incidentally the subjects they need to fulfill their dreams. Furuhashi, suffering from something akin dyscalculia, wants to become an astronomer. Stoic Ogata, unable to comprehend human emotions, wants to become a psychologist. Both of them have gone through several tutors all telling them the same: stick with what you're good at. And our MC Yuiga is, of course, the first one to try and support their dreams. And that preset in itself could have made for a good drama. Unfortunately, and sadly the ratings this show got support this: tits, dumb teenage antics and misunderstandings are far more appreciated by the viewers. Thus the show ended up like it did. The story development can easily be summarized as follows: A new character that adds nothing but slows things down is added every 1-2 episodes. We get to see the exact same things we have seen in countless other romantic comedy harem ecchi shows before. Mr. MC doesn't realize shit and thinks of himself as the last person someone would ever fall in love with. His harem doesn't have the guts to just tell Mr. MC how they feel. Situations that could have been easily avoided/explained if the characters had working brains took out all momentum for some cheap gags that for the most part weren't funny. I dropped that show like 5 times and still continued watching anyway, because I had hope. Futile. Story: 3/10 (and those 3 points are for the preset) Animation/Sound Nothing outstanding to report. Uninteresting opening/ending. Some of the "kawaii" noises of the female characters seemed a bit too high pitched to be done without artificial intervention, but that might be just me. Animation/Sound: 6/10 Characters tl;dr: Boring. In detail: I am aware that you cannot reinvent the wheel every time anew. And I am also aware that there are certain character types that are appreciated and loved by the viewers. But, especially throughout the past few seasons, it has become more and more apparant to me, that authors and studios apparently do not even try to put originality on them anymore. And Bokuben is no exception. We have an indecisive ambitionless dense MC. And surprisingly he is also kind enough to support people in whatever they decide to do. At this point I am wondering why authors bother giving their MCs names. They could just refer to them as MC and everyone would know exactly what kind of character they are. Ogata: stoic, big tits, glasses, short. Falls for Mr. MC. Gets no development in their relationship. Forgotten for the 2nd half of the show. Furuhashi: knows it all. Wants to support herf firneds in getting with Mr. MC, but doesn't do anything to actually help that cause. Honestly, Furuhashi, you had all the opportunities to get things in motion and what did you do? Completely ignore your buddies "This is about a friend of mine" shit instead of talking to them straight. Ffs. Takemoto: Childhood friend. Okay, that's a tad of a stretch, but exactly the type of character she is. Oh, and she's just as indecisive as Mr. MC. Surprise! She also had all the opportunities to just tell Mr. foxing MC how she feels. But no. Why develop anything if you can just drag it out by screwing up everything you possibly can to make sure there's more ecchi and teenage nonsense to feed the hungry viewers? Kirisu-sensei who hopefully turns out to be a Yandere in the 2nd season we will probably be getting: Stern and perfect on the outside, a total slob at home. And she's got a thing for younger men. Boys, to be precise. And she's probably thew only character who can save this franchise by making this a slaughter fest. All the flags are raised, she just has to act upon them. Characters: 0.1/10 (because the system forces me to not give 0 points) Summary This is not out of the ordinary. Not at all. And while I do not mind ordinarity in particular, this show clearly overdid it. Except the preset, there is nothing, nothing to this show that makes it interesting above the rest. Having watched stuff like this, I begin to see why there are people around that barrage even the most popular shows with devastating reviews. If you want to turn your brain off and are not looking for a binge, this show is what you might be able to enjoy while doing something worthwile like breathing. Other than that I see no reason to watch it. Overall: 4/10

this wasnt half bad. people like to rip on this show for being full of cliche but that doesnt automatically make it horrible. it had lovable characters (female!) and their interactions were a real hoot to watch. very funny.... elaborate romance is never the point when it comes to harems y'know. 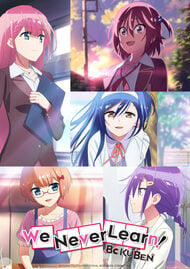 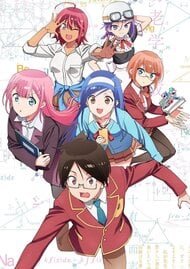 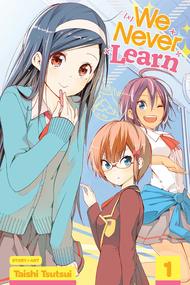 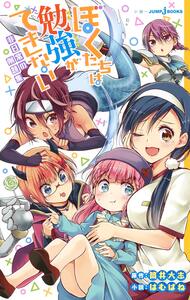 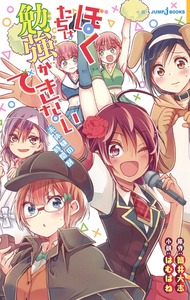