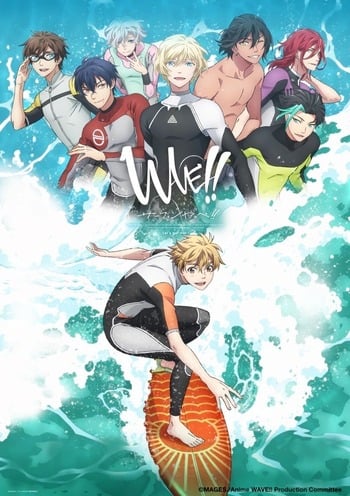 Makoto “Smile” Tsukimoto doesn't smile even though he's got a natural talent for playing Ping Pong. As one of the best players in school, all hopes are on him to win the regional high school tournament, but winning is not what Smile really wants to do. Will the fierce competition to be number one bring out his best or drive him away from the game?

Biography of an ordinary girl, from her childhood to adult years, observing her personal growth in the everyday obstacles she meets.

Free diving is an extreme sport, and each meter added to its record brings us closer to the sea bed and further from the surface where one can breathe again. In this sense, free diving has a direct connection with death, with which our fight continues, refashioned over time, bit by bit. So, why would one free dive, and risk his life? The answer lies within the mysterious bond between the sea and human kind. And in the fast evolving world of competitive diving, new data emerges that casts light on this bond.

Shachi, a young fisherman who lives in an peaceful island, is involved in a tragic event that reminds him the death of his father, which happened years ago.The boy then decides to start a journey in the mysterious ocean.

After seeing his great grandfather have his ears cleaned on his deathbed, a young boy named Toru becomes obsessed with getting the same woman to give his own ears a spring clean. Then one day at a fireworks festival, Toru encounters the same woman and buys one of the handmade ear cleaners that she’s selling. He quickly grows excessively attached to it, even naming the implement Suzunosuke. But when his teacher accidentally breaks Suzunosuke, Toru falls into despair, and only the mysterious woman at the ear cleaning shop can ease his suffering…

Kou moves back to his old village where he lived as a child. After a tragic event in that same village he developed a fear of fire, but then he meets with a boy calling himself the "Sorcerer's Apprentice" who's able to create beautiful fireworks. Now, they both set out to become pyrotechnics.