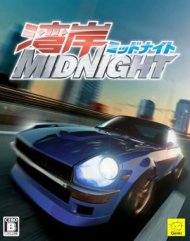 StoryThose who know the real-life me roll their eyes when I gush about cars. Many of my most treasured possessions in the world have been four-wheeled wonders; a spunky rear-wheel drive MX5, or a Subaru Impreza STi 7 that was loud, obnoxious and most of all fun. So, putting together my love for rice-rockets (Japanese cars for the uninitiated) and adrenaline fuelled anime, you couldn’t go wrong. Right? Well, kind of right. Close to the start of my obsession with anime, Initial D had me hooked from the get-go. Telling the story of a nobody rising through the ranks of street racers, it is a brilliantly mindless way to spend an evening. And then there’s Wangan Midnight. Whereas D’s interest comes from the characters and fuel driven battles, Wangan is all about the mechanics; more specifically, the Demon Z – a car that has a reputation for killing its drivers as it careers wildly out on control at extreme speeds. At first, I wasn’t expecting too much, as there are only so many different spins a writer can put on street racing, but as usual, preconceptions aren’t ever set in stone. Bringing three main characters to the forefront, the troubles that face each of them are analysed succinctly over a number of episodes; from Blackbird's fall from number one on the roads of the Wangan to Akio’s unhealthy obsession with the Z, anyone who has ever fawned over a car and enjoys nothing more than a good thrash down a back road will understand what they are going through. However, a never ending introduction to new names during mini-arcs just feels like an unwanted distraction from the slow building action. Intriguingly, the show starts out much more interesting, exploring the technical difficulties experienced by tuners and their eternal struggle to milk a few more horsepower out of an already stressed engine. Unfortunately, this is repeated over and over throughout the twenty-six episodes ad nauseam. Where once, there was something vaguely engaging, the series loses all momentum and becomes a chore to watch. A little more about driving styles, and characters developing into more accomplished drivers would have made the little anime that couldn’t into the four-wheeled beast that most definitely could.AnimationOnce you get over the fact that Initial D’s Takumi and Wangan’s Akio were probably twins separated at birth, the lacklustre characters become much less important. Which is a good job really, as the lifelessly flat facial features, although true to the manga, seem severely understated in the anime. What really drives the show's relatively high animation score are its lovingly rendered vehicles. With a distinctly retro feel, the CG used to make the 400+bhp beauties come alive makes the visuals truly dazzle. Unfortunately, there is a noticeable lack of meshing between the scenery and the cars, as they sometimes seem able to bend Newton’s first law and hover along the twilight streets of Japan.SoundOnce more, plagiarism runs rife but this time in the sound section of Wangan; even my fiancé questioned if Move, of Initial D fame, performed the opening track, and he *hates* the Eurobeat genre with a passion. That said, it doesn’t detract too much from an extremely spirited and exciting audio cacophony that suits the series down to the ground. From bass-heavy rock to upbeat pop, it seems that virtually every type of high tempo compliments the never ending excitement.CharactersOf the main trio, Reina is a personal favourite. As a girl racer, she faces the same single-minded opposition to her driving skills that I have also experienced with other males behind the wheel. However, she is spunky and determined, commenting that she finds it difficult *not* to plant her right foot to the floor when challenged. Akio is an extremely well mannered and quiet protagonist, and I feel a lot more could have been done with his character. From the outset, he is a natural behind the wheel and because of this undergoes very little development. Even though the anime hints at a romance between him and Reina, that too fizzles out and becomes nothing but a dull memory. The older drivers in the show have a purpose – to show the traditional ways to the “kids” when it comes to tuning. Unfortunately, their personalities are desperately lacking, apart from Kou whose unshakable determination makes him stand out from the middle-aged dross around him.OverallMaybe it’s because I love cars so much that shows about petrol driven dogfights hold such charm for me. Wangan is definitely not for those people who believe the Prius is the best thing since sliced bread; even those who have never experienced a spirited burn along the “perfect” road in a 300+bhp tin-can of joy will probably not fully appreciate the adrenaline pumping race moments. However, compared to Initial D, it lacks the charm and competitive spirit of a show blatantly superior in every way. That said, Wangan Midnight is far from being terrible and could well be the perfect stop-gap for die hard fans of the AE-86.

I was told to watch it, people kept refencing it and I was confused as to why. So I did. (I have an S30). The only value I gained was understanding the reference. This isn't Initial D, this isn't The Fast & The Furious, this isn't Speed Racer. It's like a battle anime in race form (and not a great one), like if you took all the substance out of Initial D.  Maybe you will get more out of it than I, but the story basically doesn't exist, the characters are barely explored, they don't have particularly thorough interactions or well developed relationships. Character growth is... going fast? Animation is pretty average for the period, as is the sound. I don't put any weight in those categories unless.it substantially impairs the entertainment value. I would love a good automotive anime, but this is sadly not worth the time.  If they re-made it they could probably improve it, but it would be very different... perhaps with a better motive. 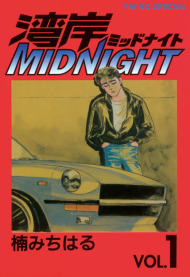 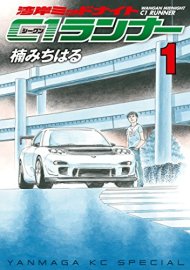 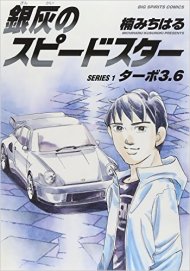