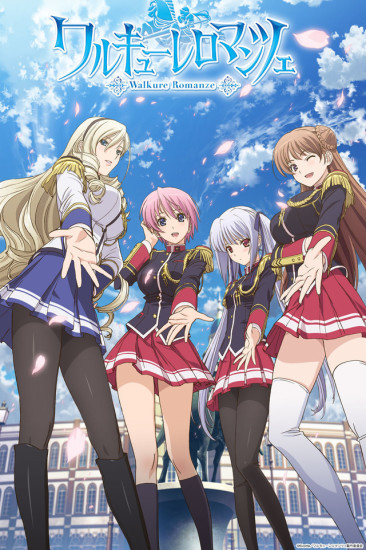 The Morning of the Duel

What It Takes to Be a Knight

Girls Without Their Armor

Time Off in Helen's Hill

I Wish Upon a Shooting Star

Walkure Romanze is a echii , harem , romance anime , al least thats what they say but couldn't find any of them. No much echii. Ok let me ask what echii do you expect from an horse riding anime. Well its obviously hot girls in sexy suits but it even failed in them. Atleast they could have developed nice harem but they failed in it too. Its just a bunch of girls asking a boy to become their begleiter or an assistant who gives tactics and tips to the actual jouster. And no absolute romance, just no! Ok i understand this anime is made by the 8-bit studios who also made Infinite stratos , which is one of my favourite harem anime. And i expected the same kind of harem on this anime too. Ok enough blabbing and lets go to the plus points in this anime. Animation and sound was great , just great! They Did a good job in making the 3-D movements of the horses and the shaders. I could hardly believe that this anime was released in 2013. And the BGM was really good too. As expected from 8-bit studios. And looks like they ran out of time in the last episode because the 2-D animation of the last episode kinda sucked. Like really sucked.The story was soo forced , more forced than force applied on a baby on its way to be born. Just , it was so annoying like you would see how they had great characters , animation and sounds but they just ruined it with the story. The plot was good but the way they represented it was awful.The characters , i really liked the character designs. But about their involvement in the story..... i dont even know what to say. The way they represented the characters was so bad that i even forgot what they were supposed to do when i was in halfway. Some characters like Celia and the nurse weren't given enough attention which bothered me.Overall , this would have been an awesome anime only if they give enough attention for the story , other than that everything was great. I would recommend this if you have nothing else to watch or if you are bored of the normal echii and harem. I didn't hate it so much and if season 2 was released , i would give it a try , and you should too!

This may contain spoilers Overall: 7 I won't say I enjoyed watching this, but I liked it. What you would expect from any generic harem anime. Which isn't always a bad thing. Humor is a little forced in my opinion. If you want to watch this, its ok but don't expect anything new other than the jousting theme. I enjoyed it to the point that I finished it, which I usually don't do for bad shows. Story: 6 The story revolves around jousting and a summer tournament that is held for the knights of Winford Academy to participate in. Students prepare themselves and train hard to compete in this important event. Pretty unique anime, since jousting is not a sport that many are aquainted with. There is enough jousting vocabulary and aspects of jousting that shows that the creator or creators of this anime did thorough research on the topic and it shows when watching it. It does fall short on showing a serious side of jousting by adding cliche girls into the mix. The main focus of the story is the relationship between the MC (Takahiro-kun) and a handful of female knights. Most of which, want him to be their begleiter (an assisant). I picked up on that halfway through the show. But he doesn't make any decision about that until later in the show. But with the forced humor and side stories, I couldn't find myself enjoying the story too much. There was a lot of date-like scenes and side stories that you almost forget about what the main story was about. There is also a couple of ecchi scenes sprinkled through the show. Animation: 8 Nothing really to say here. The jousting bits were good to watch and the rest of the animation was decent. Also pretty scenery if you like that stuff. Sound: 6 You can really get a western vibe here. By that I mean it feels like it was medival-ish or jousting-ish. I don't know what I'm talking about here but all you need to know is that it suits the anime and style. Gave the sound an 8 at first then I remembered the orgasmic sounds some of the girls made. Characters: 6 I found some of the characters a little annoying.The girls were kind of cliche (adapted from a visual novel so I will let that slide) and the protagonist was super bland (again, letting it slide). MC is a guy that cannot make up his mind. He starts out looking to be a begleiter (an assistant), becomes one for a short period of time, then struggles afterwards with the choice of either being a knight again or becoming a begleiter because he thinks an injury from a couple of years ago won't let him (the doctor even said he was fine). What I expect from a run-of-the-mill MC. The girls were cliche but cute. Found myself liking some of the girls. Not gonna go into detail into the girls since this is a harem anime and I'm too lazy to wirte about or remember each of the girl's traits. Secret Santa Review

Catching Up With Fall MM Story: Plot in a real ecchi is like plot in a porno: It's nice to have but not what you're here for. Obviously this applies for Walkure Romanze as well as the fact that it's ecchi jousting which goes further to say that any and all plot is completely irrelevant in the face of ecchi jousting, complete with sexy gear, jousting, hot girls jousting, more jousting and holy fucking shit it's a fucking jousting anime. When was the last time you saw a jousting anime that looked this hot? Not enough is what, this caters to a niche genre while catering to the perverted masses. It's all about ecchi jousting folks, nothing else truly matters. Unfortunately, it decides to focus too much attention on non-jousting with either filler antics, character stuff, fanservice culminating in a delicious windmill episode which although fillery, was total boners for all the right reasons (Reasons withheld but you can figure out who one of the characters was (Further hint, the best of them all and the sexiest of them all)), something about pulling an Onyx and I just lost my place. I guess the actual plot is about a jousting school, or a school for knights or something. I know it's ecchi and a damn fine piece of A, but who am I kidding. The plot that is there is crap. The overarching plot is about Mio, that short-haired hotness with the rack is joining up the Order of the Sexy Knights because she enjoyed jousting once and then it's just... stuff. They do devote a lot of time to characters, which is a plus and fills up the episode time so I can't fault it there for killing time by doing something that gives the illusion of trying to do something semi-productive instead of titty fillers. If it was Pres in the boob fillers then it would have been alright. The jousting picks up in the last few episodes because shows about competition dictate that the last to last few episodes have a climatic fight or five, depending on the sport at hand. This pretty much spans the last two or three at least in it's jousting glory, providing some snazzy fights with dat animation, some very excellent spiritual combat, excellent meaning boners because all that hotness, which does not and I stress the do fucking not, make up for the ass crackery plot shits because oh my fucking god as fucking retarded as it was, it was also the most hilarious shit I've ever seen in the show up to that point. It was seriously funny in how bad it was. Sure aren't here for the story telling. Just watch it for the jousting. Animation: Pres. I should give the animation 8 for her alone because she's the hotness of the show. The CGI- I mean jousting, sometimes feels out of place and some scenes could be better animated but as a whole, found it pleasing to look at. Could have used more boobs though. Sound: Once again, I have no right to comment on sound. Characters: You know when I said that you're watching this for the jousting? Well, that was the truth. You're watching it for the jousting because you sure as hell ain't watching it for the characters. Remember up there when I said stuff about characters, episodes, filler and quite possibly boobs? The illusion of doing productive shit instead of senseless, boobage fanservice episodes? That productive shit is still kinda shit. Granted there is depth in some places, with characters actually getting backstories instead of just being giant boobs or small boobs, chances are you'll still only care for one or two (Like me, I care about President Hotness and Akane, the swordfighter who loves the Pres, a love I wholeheartedly support) and care nada about the rest. So the MC, who isn't a raging horndog who goes after them women, is a surprisingly decent fellow, mellow to a fault and tries to not get caught up in perverted situations which, surprisingly enough, occur enough times to make him seem like a sexual pervert. His lapses in judgement involving a statue is baffling but totally logical in a way is nothing short of... well, stupid, but he really could be a whole lot worse. He could be a Kei Douchono or dare I say, Ito Makoto. God they were a bunch of dicks. I'll leave everybody else to be but give out a shoutout to James, who is one of the best secondaries, and President again, who is the best by far. Presidents usually are. Overall: Because I watched this in close proximity to "Wanna Be the Strongest in the World" and "Diabolik Douchefucks", this appears better than it actually is. It's flawed many ways: Plots, character depth, the animation for jousting battles, questional components or lack thereof in fanservice, a glaring lack of a beach episode with the amount of gazongas on display and generally stuff that isn't jousting. Points in it's favor: Jousting, you don't get much jousting shows so you need to get them when you can. The concept is sound and dang son, jousting. That's worth a few episodes alone. 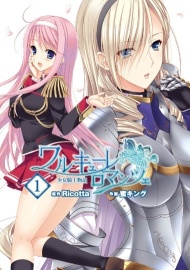 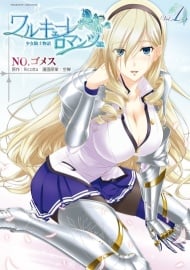 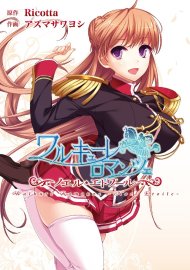 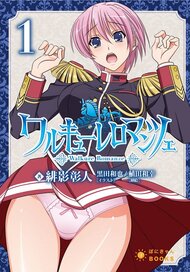