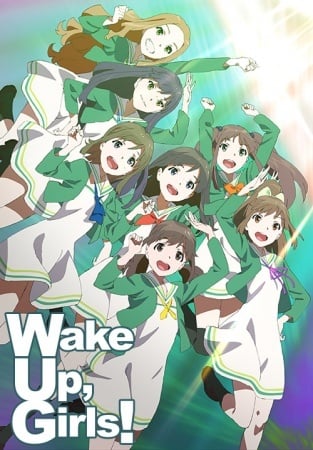 These two animes are very similar as both revolve around a small companys trying to make it big in the idol Industy.

-where you can see that the main story is about the girls character development it also reflects alot on the money and business side, which quite a few Idol/music animes miss.

-Both these two anime show direct competition with other Idol groups

Both [email protected] and Wake Up Girls are about a large all-female idol group from Japan.What makes these two idol shows particularly similar is how they look at the idol industry. Many other idol shows focus mostly on the idols themselves, but these shows show the trials of learning to be popular idols in (mostly) realistic situations. So if you're looking for idol shows on the slightly more realistic/more mature side, check these out.

Both shows have a similar theme of low rate but genuine entertainment companies looking to make it big and rookie idols facing the realities of their line of work. One of the highlights was also the complete 2D animations of their performances. 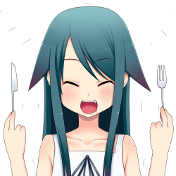 One of the similarities of these shows is that in order for the company in case of Wake Up, Girls! and the school for Love Live! School Idol Project to not be closed, they had an idea from the famous idol groups in the respective shows to produce and create an idol group of their own. Secondly, both shows show the struggles and hardships in forming an idol group, how they will work together, and on how they can improve themselves for them to become more popular. Lastly, both shows have great songs for audience to enjoy.

With all forms of entertainment banned, a group of bold young women do the unthinkable: resurrect a legendary J-Pop band, forming an all new Band of Sisters known as AKB0048! But these rockin' rebels aren't just singers. They're trained in combat as well as choreography and willing to sacrifice their lives for intergalactic harmony. As the new recruits enter basic training, the veterans provide the musical soundtrack and pass their batons and battle gear to a new generation of daring divas.

Both are anime in the idol genre. While AKB 0048 is quite a different take on it all together. Both anime are on the exact opposites of the IDOL anime genre. Wake up, Girls tries to be as realistic as it can while AKB0048 takes place in a sci-fi setting. Both anime can be interesting if you like the idol genre enough.

Miss Monochrome, an idol who lives in a luxurious castle with her trusty Roomba companion, wants nothing more than to be back in the spotlight like the popular idol Kikuko. But the road to stardom will be fraught with challenges, from finding a trustworthy manager, to getting bit parts on TV, to even getting the media to notice her glorious talents and amazing feats!

Both anime feature a girl who aspires to become an idol. While Wake up girls is realistic. Miss Monochrome is not. As as short Miss Monochrome focuses on the titular character and her passionate but often peculiar attempts to step into the idol world.

If you like passionate idol characters and don't care for the realism or the fact that it's a short then Miss Monochrome is for you. You will eventually suppot her aspirations as she struggles for succes.

In a moment of pure warmth and happiness, it is said that children of the light, known as Tamayura, will appear. Fuu Sawatari is a young girl who loves taking photographs the same way that her beloved father did while he was alive. Having recently moved to the town her family frequently visited when she was younger, Fuu enjoys her life to the fullest alongside her friends Kaoru, Norie and Maon. Whether the gang have a sleepover, chase a furry cat around town, or simply enjoy a delicious lunch, Fuu always has her camera in hand in the hopes of finally capturing the illusive Tamayura on film.

Compared to Tamayura: Hitotose, Wake up, Girls! is a little faster in pace, hence has more story development and centers around idols, which makes it a little more flashy and colorful.

However, when it comes to slice of life, which in my opinion is the main genre of Wake up, Girls!, there clearly a better job has been done. The issues those girls have to face are a little more serious, but this rewards the kind viewer with a nice but not too strong share of feelings, which Tamayura: Hitototse doesn't get across too well.

It's the beginning of a new school year for Fuu and friends. With a new year comes new challenges as Fuu tries to open a photography club at her school.

While Tamayura: More Aggressive is slow-paced, centered around photography and has little developement whatsoever, Wake Up, Girls! is faster paced, centers around idols and faces more serious issues.

In their core they both are slive of life anime that, even though they have their differences, somehow feel alike.

If My Favorite Pop Idol Made it to the Budokan, I Would Die

Passionate music-lover Eripiyo only wants to see her favorite underground pop group, ChamJam, make it to the big stage at Budokan. Because they’ve enriched her life by their very existence, Eri is willing to dedicate everything she has to see this dream fulfilled – even her health. At their last performance she got a crazy nosebleed. Hey, no one said being a super-fan was easy!

Reasons you might like If My Favorite Pop Idol Made it to the Budokan, I Would Die...

OshiBudo is quite unique as an idol anime since it focuses a lot on fans. Still, I think that WUG shares quite some similarities with OshiBudo. To name a few:

- both feature on a relatively unknown idol group

- WUG also features some devoted fans of 'WUG-tan', they just get way less focus compared to OshiBudo, but still more compared to other idol series.

It should be noted that OshiBudo is more of a comedy whereas WUG leans more towards drama.

Eriko Tamura is Kousuke Tamura, the chairman of Tamura Productions (reknown music company) and Minako Tamura's (former famous idol singer) only daughter. Having talent for singing since birth, she has always loved her parent's media world. Then one day tragedy strikes when her parents get into a horrible car accident, which kills her father and leaves her mother in coma. She is left in her father's best friend, Mr. Uchida's care. Now Eriko must take the path of singing, a path her parents did not want her to pursue. Then her uncle is out to destroy her career. But in spite of all the hardship, she becomes an idol and wins hearts all over Japan.