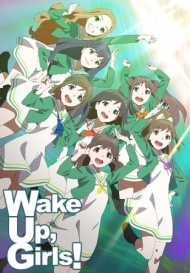 Story The Wake-Up Girls, an idol group of the small countryside agency Green Leaf Entertainment, is a group of seven young girls, that for very different reason aim to becoming idols. If you haven't seen the first movie explaining their background, you will find yourself a little confused as to what is going on. The president of GLE has vanished with the funds of the company, hence leaving Manager Matsuda-san and the girls in a difficult situation. He then falls for some false guy offering them jobs more than questionabe for girls their age, unwillingly teaching the girls how harsh showbiz can be. During the anime the seven of them have to face various problems concerning them all or but one of them. Overcoming them, they grow closer together and become a notweworthy group of idols. All in all it's a moving and heartwarming story that is being told. And that is what slice of life should be doing. Animation and Sound The Animations look fine. When they sing and dance on stage it looks fluid and vivid. Also the audience during the festival is animated nicely. Regardless of my own taste for music I'll have to say that all of the songs featured here are pretty good, with one having made it to my mp3-player. Other than that a well job has been done. Characters The good thing about the girls of WUG is, that all of them seem like you could meet persons like them anywhere anytime. They are normal girls facing normal problems. And that has been done so well, that it sticks out. All of them are loveable in their very own way. Matsuda-san, their manager, is a little wishy-washy so you might end up being concerned if he can handle his job in the future. FLE's president, Tange-san, seems irresponsible at first, but in the end manages to get WUG out of trouble and back to doing real idol work again. She's a bit rough, but as seen in the anime it seems to be just that what it takes to survive in showbiz. Also, there were no needlessly annoying characters. Hayasaka-san seems over the top at first when it comes to strictness, but once you understand what he's doing you might find yourself liking him more than you want. Should you watch this? Taking WUG as it is, a slice of life about idols, it has done a lot of things right and has no major flaws. It was interesting, heartwarming and a little tearjerking to follow the girls on their journey to becoming professional idols. If you are into such things you will not regret it. However, you might find yourself bored if slice of life isn't usually your thing. And this anime is slice of life more than anything else. It is still worth a try, but don't expect to be amazed.

(Warning, there be some light spoilers ahead.) So far... so interesting.I've never watched an idol anime before, and tuned in partially to see what all the fuss about pantsu was about.  Watching the trailers, I didn't see anything to indicate this was "that kind of a show" so I was curious.  I watched the first ep, and was confused as to what exactly is going on, but some digging on the 'net lead me to find that the movie isn't optional, it's actually Episode 0.  So, I watched the movie and I was hooked.Story 7/10As I said, I've never watched an idol anime before, but sliding past the half century mark I've seen more than my share of "_____ and tries to make it big" movies.  Wake Up, Girls! certainly recycles it's share of tropes from those kinds of movies, but it also adds a few twists of it's own.  It's also a bit darker in tone in spots than one might expect of that kind of story.  Going forward, the companion stories of the wildy sucessful I-1 club and the struggles of the Wake Up Girls! should provide some interesting comparison and contrast and an opputunity to tell more than one story within the show.  It's marked down to seven however because despite some twists and turns, it does drag and it's slow off the mark. Animation 4/10The animation is... not that good.  There's nice background details (search around and you'll find videos comparing the anime to real locations in Sendai, they've done well there) but the characters are mostly drawn and animated fairly simply.  You can tell the main characters apart, but that's about it.  The exceptions...  President Tange gets extra detail and attention for some reason, and the dance scenes are well done and very fluid.  It's the dance scenes that really pull this up.  If you insist on quality animation, this isn't the series for you.  If you're willing to overlook some roughness because there's more to anime than that, Wake up, Girls! might be worth checking out.Sound 8/10 Nice voice work, especially on the songs, and nice background noises.  There's not much more to be said. Characters 8/10 Sure, the girls are a something of a collection of tropes but I find them loveable and individual regardless.  There's been a bit of spotlighting (understandable in the case of Mayu as her background is important), but overall the girls personalities have generally been allowed to emerge naturally as part of the story.  The President is well drawn, and even if her motives were purely predatory in the begining, she's slowly starting to care for the girls and their careers.  Manager Matsuda is a bit of a cipher... I hope they do more with him as the series progresses.  And then there's the Mysterious Otaku - Mayu's fan/stalker/staunch defender on chans...  I have this feeling he's going to be more.  I hope he's going to be more (and not a 'bad' kind of more).  He's getting an awful lot of screen time for a throwaway.Summary Rough in spots, decent enough but not great.  If you're willing to overlook something of a lack of polish and sophistication, it's worth looking at as it shows potential.Oh, and the pantsu?  Yeah, in episode 1 they're a bit shocking and unexpected.  Watch the movie, they make sense in the context there (which doesn't appear in episode 1) and the whole sequence is a setup for a later episode. 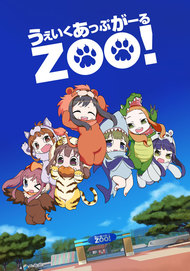 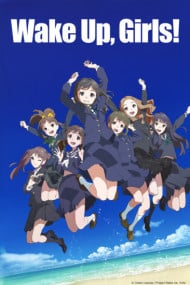 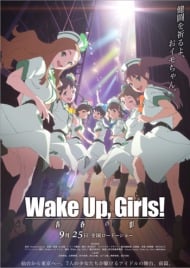 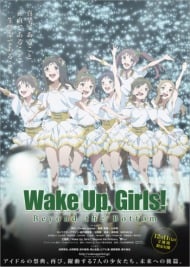 Wake Up, Girls! Movie 2: Beyond the Bottom 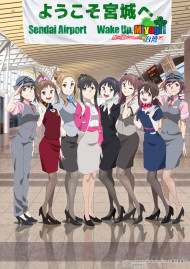 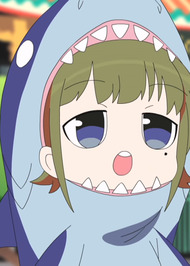 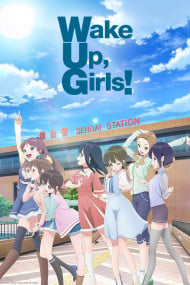 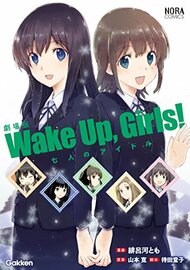 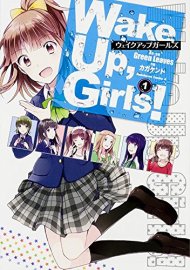