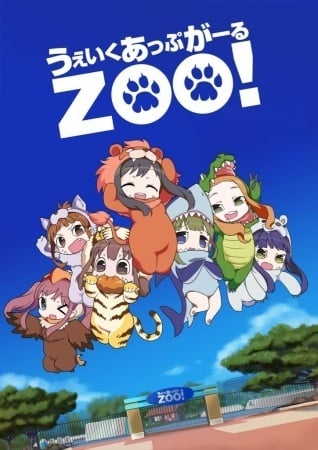 If you're looking for manga similar to Wake Up, Girl Zoo! Miyagi PR de Go!, you might like these titles.

Kawase Takashi has discovered that he will be learning about caring for animals from the legendary Haruo Minami. It's rumored that she's able to converse with animals, and they tend to all flock around her eagerly. However, she's also very unconventional and more than a little strange. For instance, she dreams of one day ruling a country full just of animals. Will Kawase be able to learn anything useful from such an odd teacher?

Kusuno Kaya is a zoo keeper at Koma Zoo who has the ability to tell the temperature by sight. This manga tells the adventures of Kaya and the other zoo keepers, as they care for many different animals. They do their best to deal with the multitude of problems that arise from caring for these non-domesticated animals.

When Park Chulsoo was young he fell in love with Sowon. Sowon liked animals so Chulsoo liked animals too. When he became older Chulsoo became a zookeeper and Sowon became a groomer. Sowon got married to a veterinarian. A year later the zoo which Chulsoo works is closing down. Now Chulsoo try to find a way for the zoo not to close down. His only reminder of his love Sowon.

Ihatov no Futari no Sensei