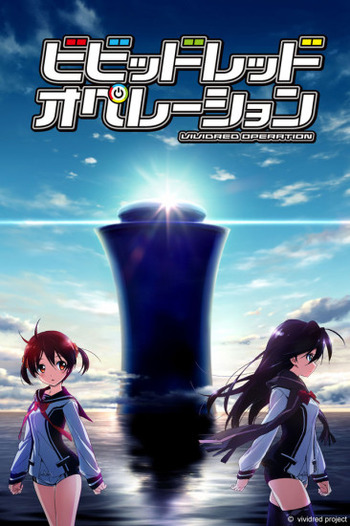 In a world where humans co-exist with Juujin (literally: "beastmen"), genetically mutated animals that have remarkably human-like features with the exceptions of extremities such as tails and ears, Juujin are often found as laborers in the work force or raised in households as pets. That is until a new kind of Juujin appears-- Evolutions, EVOs for short. These Juujin have special magic-like powers that they are using against the human race.Peke, one such EVO, has been raised with her master Yamato Yamamoto. Yamato's mother works for the Health Care Center-- the only agency with jurisdiction over the Juujin, and has developed a special collar that can seal the EVOs' powers. Having used this collar to control Peke's own powers from going berserk, Peke must now release this power to fight and capture the rampaging EVOs to save humanity and to win her master's love.

In the world that consists of a single giant continent called Dokkanon, most people have some kind of special ability. Those who have a high-ranking ability, such as the ability to control water, are respected and granted much power. Those with low-ranking abilities, such as Nana, who controls bananas, and her best friend Ringo, who has super-powerful legs, have very little power in society. When Nana and Ringo were kids, they were awed by stories from Ringo's adventurer father about a land called Oz, where a god lived who could make any wish come true. Nana and Ringo swore that they would go adventuring together when they were adults. But as time went by, Ringo's father vanished while adventuring, and Ringo became much more aware of the social stigma associated with adventurers. Will the two of them find the strength and courage to follow through with their promise?

There are people in the world who have strengthened their heart and spirit beyond imagination; so much so that they are able to materialize objects just by willing it and its potency is only limited by the users' determination. These people from the far east call themselves the Wazabito and are admired for their power that transcends the physical universe. Tekuni is a cute Wazabito swordswoman who is traveling the world to train and master her abilities. With her friend Huk-Ro, the owl of knowledge, Tekuni wanders from one danger to another, making friends in the process.