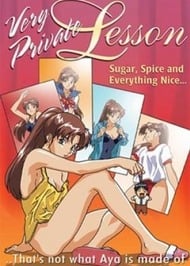 Tairaku is a teacher who wants nothing more than to bed his co-worker, Miss Satsuki, but his priorities soon change upon meeting daughter-of-the-mob Aya Shirakaba! With a reward of 100 million yen upon her graduation, Tairaku is strongarmed into the position of babysitter by the mob boss himself, under the condition that he protect his young lass from any who would harm her. Unfortunately for Tairaku, more than one street punk and classmate wants to get in Aya's pants, willing or not! Can Tairaku keep Aya's virginity intact, lest he find himself sleeping with the fishes?

StoryAlthough the name would suggest it (as well as the screenshots), Very Private Lesson is in fact not hentai. It's ecchi, that's for sure, but it isn't even THAT ecchi. We see occasional nakedness (without any nipples or such), the occasional shot of Tairaku's pants when he has a hard-on, and the occasional thing such as Aya getting groped by a fellow female classmate, but no sex or anything of the sort. That being said, Very Private Lesson could have EASILY been a hentai, had there been any sex. The plot follows a man named Tairaku who just wants to sleep with one of his fellow teachers. One night, when out on the town, they run into Aya, and after that the rest is history. Aya's daddy is a yakuza boss and decides Tairaku should keep an eye on his little treasure. His prize is 100 million yen if she graduates, and death if she is assaulted or fails. I'm sure you can guess which choice he takes. At first, it seems like Very Private Lesson is going to be another "annoying girl is all over guy who just wants to get away" viewing, but that's only for the first half of the first episode. Afterwards, it promptly turns into "everyone wants to get into Aya's pants", with Tairaku on the other end, trying to keep her underwear on. It's quite annoying watching classmate and mobster alike try to rape the poor girl, who is totally oblivious to it all. That's all there is to the plot, unfortunately. There is a slight bit of random humor as well, reminiscent of GTO, but executed in a far poorer fashion. Only a few times did I actually laugh, and the rest of the time I stayed wondering what the hell the point of this OVA was in the first place. It also throws in ecchi occasionally such as panty shots and groping scenes, which aren't funny or amusing in this case, and seem ridiculously placed.AnimationThe animation style of Very Private Lesson is fairly generic and average, nothing fantastic about it. Colors were average tones and not vibrant, detail was average. Due to the attempted random humor, there was plenty of chibified or distorted scenes. Plenty of panty shots and ecchi scenes abounded, including the credits, which was just a collage of girls in ecchi poses! The animation was average, hands down. Not much more to say.SoundThe music in Very Private Lesson was mostly synthy tracks which at times reminded me of playing Day of the Tentacle. There were the occasional drum or other random tracks as well, but synths definitely dominated. The music was fine, but very forgettable, hence the extremely average score. Voice acting seemed fine.CharactersAlthough some descriptions would suggest that there are in fact three characters (Tairaku, Aya, and the other teacher), there are only two main ones: Tairaku and Aya. Tairaku is a horny guy who just wants to get laid, and Aya is a flirtatious and oblivious teen. With Aya living at Tairaku's place, you can certainly guess this makes a dangerous pairing for sure! I don't know, I just wasn't inspired by either of them. They definitely were textbook, but their character types have been done so often that it didn't interest me at all. There are other characters as well such as the lesbian schoolmate, and of course, all the guys who seem to want to rape Aya, but none of them were terribly exciting either. As far as I'm concerned, the characters were not a strong point of this OVA (if there was any strong point at all).OverallOverall, Very Private Lesson was a colossal waste of time. I can't really think of any reason anyone would want to watch it, unless you like watching pseudo-almost-hentai anime that involves the main character and attempted rape 90% of the time. That, or perpetual nosebleeds from a male that always ends up seeing women naked. If you don't fit in either of those categories, seriously, just don't even watch this one. There's barely anything salvagable about it at all.

It's a nice and quick watch. This OVA is also quite old and retro. The thing is, this anime is like the perfect combination of REC and Homeroom Affairs. Definetely great if ur looking for a 3AM anime (like me) 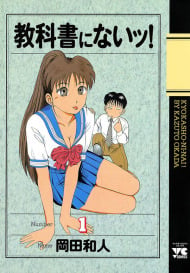