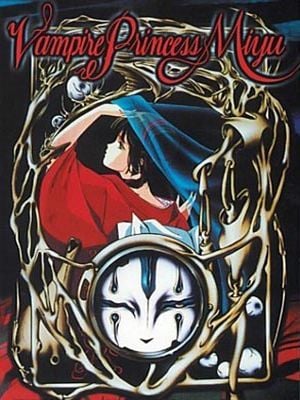 it doesn't often get better than this for an ova. a true masterpeice by Narumi Kakinouchi and Toshiki/Toshihiro Hirano. faithful to the manga,  these episodes are beautifully illustrated and further enriched by the dark and haunting tone of Kenji Kawaii's soundtrack. a slow paced but fluid story that is enchanting and charming without having to resort to fan service or pop culture. though not a happy journey the story takes you through the internal torments, passions, desires and ultimate despair of self reflection, and the unusual lengths one will go to when trying to hold onto something they love.

set in the world in which Shinma ( a mixture of Divine and Demonic bloodlines) escape from their realm and inhabit the bodies of humans. feeding off of stimulants like endorphins or adreniline. each shinma is a complex symbiosis much like humans and equally deficient in certain aspects of their genetics specific to the subject. so the pairing of a shinma and a human takes more than just a vampires need to drink blood or zombies and brains. it is a cohabitation which may sometimes be benificial for both, but more often one sided for the shinma.

these episodes may also be called "Spiritualist Himiko" as these four ovas introduce us to Miyu's world through the perspective of the young spiritualist who in the beginning does not even believe in "possessions" and other paranormal behaviour and simply does her job for the money. Himiko starts to believe gradually as Miyu reveals truths about herself and the  coming of the occidental shinma to japan.

i've been told it's really depressing, i can see why some people would say that but understanding the macabre setting it is beautiful and in my opinion a great example of how anime looks when it is done right. wish there were more of them.

for more of something like this i would recommend the manga books there are 15 (the first book and then 4 that follow.  and then another series of 10) from horror comics in japan. in english by antarctic press/ironcat studios