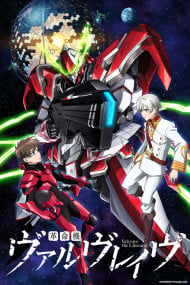 Once upon a time, Sunrise executives got into a drinking contest, or a party at the strip club, or whatever it is they do when they run low on cash and have to think of a new title. They needed something good, something genre-breaking. The artist already gave them a beautiful design, so now they only had to think of a story – piece of cake, right? Well, not really. They could only come up with a list of all the overused crappy cliches: - a teenage protagonist that's a coward and want to make peace not war - a female tsundere childhood friend that is his ever-unfullfilled love interest - a bunch of random background characters - an intergalactic war between two super powerful nations That was a very poor list, but they were not discouraged. They started to think how to make this more presentable. 'Hey, how about we add Lelouche wannabe?' asked person A 'Everyone loved Lelouche, right?' And thus L-Elf was added to the list. 'I know, let's kill the tsundere friend, and make our hero go berserk with grief! Tragedy is always good, and at least we will have a glimpse of coherence in main protagonist's actions!,' said person B and thus another idea was added to the list. It was still weak. And cliche. And boring. So they sat in that bar/strip club/some other establishment they occupied at that moment, and they thought very hard. Very, very hard. So hard they almost came up with a plot for Evangelion. And then one person asked: "How about we make him a vampire?" The applause was overhelming. That was it. The selling point they were looking for. A mecha-pilot, who is a whiny teenager AND a vampire. Brilliant. Splendid. Superb. Money would flow their way like a school of sharks smelling blood. They written it all down, called it episode 1 of Valvrave the Liberator, congratulated themselves for a job well done, and fell into a deep slumber. If that was the end to their adventures they would make an anime that's average, but not that bad. Unfortunately, once they finished writing the first episode of this amazing saga of love and hate, they sobered up. And once the alcohol was out of their systems, the world seemed less shiny, the plot was less brilliant, and they couldn't be bothered to tie up everything they tossed into the mix. So instead they started to cut things up. "Hey guys, you know what?” said person X “Tragedy is not fan-service friendly, let's skip the tragedy!" And thus episode 2 was born.  "Hey guys' said person Y, "the intergalaactic war is boring. How about we pretend we're waging war and go for high school comedy instead?" And thus episode 3 was born.  "Um you know what?" asked Mr. Sensible, the only sensible person in the office, the one who was never invited to their drinking parties, "the plot is beginning to fall apart. It seems very... I don't know, implausible? Stupid? Incoherent?" And they looked at him, considering his wise words. Indeed, it didn't look as hot as it seemed at episode 1, when everything was shiny and epic, and viewers needed to be baited into watching. They wrecked their brains trying to come up with a solution, until one of them stood up and said: "Coherent plots are overrated!" The round of applause was given, and thus they were liberated from their conundrum! They no longer needed to bother with the pretence of logic, they could go crazy with all the completely retarded scenarios that would still appeal to their teenage fan-base, since “pure teenagers vs lying adults” theme always sells. And thus the horrible episode 4 clawed its way up into existence, from the deepest realms of stupidity. The saga is not over yet. Only 4 episodes were aired so far. What horrible episodes awaits us on the horizon? Only Sunrise knows. 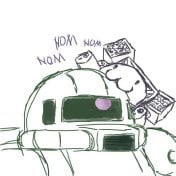 Welcome to an anime called Valvrave the Liberator (Kakumeiki Valvrave), where everything is made up and the points don’t matter.  Over the last decade or so, Sunrise hasn’t had a very good track record when it comes to original mecha productions, despite having the juggernaut that is Gundam under their belt. For every good production they’ve put out, they’ve churned out just about as many, if not more that are bad. This is a story of how Sunrise decided that they don’t give a rat’s ass anymore. Valvrave is a fairly straightforward story as far as mecha series go: 70% of the human population is at war, with the two sides being a) The FREEDOM loving ARUS, and b) The SPESH NAZZIS of Dorssia. The story is set in the 30% of the population, in the neutral territory of JIOR. Their deal is that they don’t wish to fight, nor do they have the equipment to do so anyways… or so they say. One day, the daily lives of JIORians are flipped upside down when Dorssian forces come to town and wreck things up, and in the chaos, a high school student finds a strange robot where his school is! However, there is one condition before piloting it, given in the form of a question: "Do you resign as a human being?" It is from this point on that the fate of JIOR and its neutrality lies in the hands of high school students with a handful of powerful mechs that span the colours of the rainbow as part of their arsenal, an elite Dorssian soldier who through oddball fate has no choice but to work with said students, some conversions to the module they are on, diplomacy and explosions in between defending their land. Originally, I had ignored this series for the most part when it was airing. Despite my interest in mecha, I had ignored it because I had pretty much made the connection that Sunrise doesn’t really do a good job at it anymore long ago, especially when you consider the (not so) loved series that is Gundam AGE. After 11 weeks of some comedic gold of threads about it on 4chan’s /a/, and considering the fact that the robot designs are pretty cool, I decided to give in and give it a go, so that I could watch the end of the 1st cour on schedule. And for the first half of the 12 episodes this season, I understood why the other reviews on here had dropped it by the 5/6 episode mark. It was horrible. The characters are almost unlikeable for one reason or another, the plot was ridiculous to the point that it basically blurred the line between Super Mecha and Real Mecha and only went crazier from there, and there are a generous number of moments in the show where you simply can’t do anything but just cringe at how horribly cheesy it is.  Despite all the glaring flaws I had said, this strange combination of things that should have stamped it as a catastrophic failure long ago is mostly redeemed by one thing once the mediocrity passed: it’s unpredicatability. However, it’s not of the “oh, I’ll just guess this happens and assume the opposite” kind. It’s the “oh my god did that really just happen” kind, and that’s how it gets you hooked.  You could love it, and continue on and be on your merry way. You could hate it, yet still be amused enough to keep watching it. It doesn’t matter, you’re still watching it, and that’s what Valvrave is good at: getting you at the edge of your seat, blowing your mind every now and then, and just being entertaining. Sometimes, that’s good enough. I look forward to October, and see what Sunrise has in store for me with the second half of this odd, yet charming series.

I was surprised by this anime. The first episode was good, but then from then on I was a bit unsure if this was just going to be another Mecha show with nothing unique in it... Well I ended up stopping at about episode 13 or so, but then as soon as i watched a couple more I watched all the way to ep 24 in one night. The rest was very good and took a lot of twists that I didn't expect. I felt that it was somewhat unique, which can be hard to come across.  P.S. The opening and ending for the series in the later half is awesome! :):) Overall I enjoyed it and was one of the only animes i've liked sense I watched attack on titan. 8.7/10!!!! 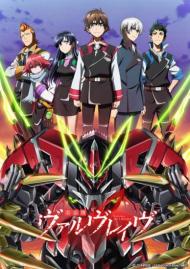 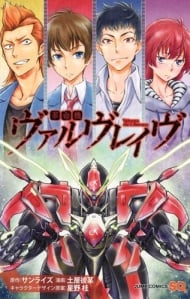 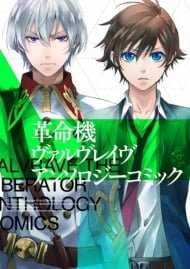 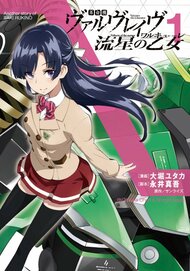 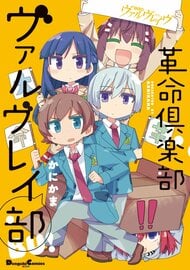