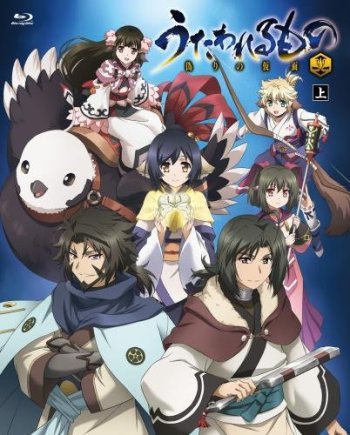 If you're looking for anime similar to Utawarerumono: The False Faces Specials, you might like these titles.

Ayu and Mayu, two charming waitresses from the Sky Temple restaurant, are upset. Cast to be mere side characters in the world of Kimi ga Nozomu Eien and Akane Maniax, they're back – but this time they’re running the show! From doing daily chores to playing surgeon, to fighting zombies and aliens alike, follow Ayu and Mayu as they plot their revenge against Akane, Mitsuki, Haruka and the rest of the gang!

Once upon a time there lived a girl named Tsunderella who was graced with beauty, intelligence and refinement – along with a large ego and a bad personality! One night while out running errands for her evil stepsisters, Tsunderella encounters a handsome prince and immediately falls for his looks and riches. A few days later, the prince announces that he will hold a ball at the royal castle where he will choose his future bride. Hoping to secure herself a wealthy future, Tsunderella accepts the help of a bizarre forest witch, Snow White and even Little Red Riding Hood in order to make it to the castle on time.

The second season of Kagi-nado.

This is the story of a small miracle. Stars from different universes and different times that were never meant to cross paths. By irony of fate, these stars come together in “Kaginado Academy”. What awaits them there is a lively school life full of hope and dreams. The wonderful encounters provide the stars with new radiance. What awaits beyond that radiance...?