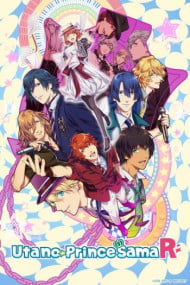 As an Uta-Pri fan who has watched this series and every prequel as they came out, I have to say that I'm not impressed by the latest addition to this title. While the addition to the series presents great animation and sound as always, both 1000% and 2000% were more in-depth in that the characters actually had meaningful encounters and relationships with each other. While the newest series is not yet complete, so far Revolutions offers ultimately no meaningful events or developments. In fact, the series is rather episodic. It doesn't matter what order you watch the episodes- and every episode feels like deja-vu. Every episode, we see a new group (which the head of the agency slapped together seemingly at random), who Nanami follows in the hopes of creating the perfect song for them, they encounter a bump in the road, come back together through Nanami, and then they finally sing about how awesome they are. Frankly, this cycle has grown tiresome, and it's getting harder and harder for me to keep watching, 10 episodes in. This series has grown extremely frustrating in that there just doesn't seem to be any significance or development in any of the episodes. Every week I watch a new episode and wonder why I wasted 25 minutes hoping for some sort of development when I know there won't be until the last episode. This frustration is because of several reasons. First, each episode, in and of itself, is extremely predictable at this point. I already went into the baseline plot of each episode, and there's not much more to them. Second, the band members are forbidden to have romantic relationships with Nanami, which has so far translated into her simply (and rather unexcitingly) learning about them and translating that to music, every single episode. Lastly, the audience has no reason to be attached to the characters, save for the blatant fanservice, because they have no time to do or say anything meaningful. Ultimately, the biggest flaw in this addition to the Uta-Pri title is that there is not enough screen time for any character to come out at the end of the series any different than the beginning- and I think fellow viewers will agree with that. There are simply too many characters in Revolutions to focus on any one for more than an episode at a time, what with the 7 STARISH members, the 4 Quartet Knight members, Nanami, and everyone else in the agency, and they are indeed shown sporadically. The addition of new major characters, pointedly the addition of Quartet Knights, was a huge risk, and is indeed critical to the resulting dissappointment factor- It feels like this anime is having to focus more on character screen time/fan service than the plot, in this sense. And it's not even GOOD screen time- The number of times the musical groups just repeat a random line with a smoldering shot, it's blatantly obvious that the creators are just depending on fan service and are more focused on getting each character as much screen time as possible than developing a meaningful plot behind their journey to get into the SSS. Story- 3/10, simply because it is too episodic, and there is no sense of deeper meaning behind the ending of getting into the SSS that we all already know they will succeed in doing. Animation- 10/10, because it is bright, colorful, crisp, and overall aesthetically pleasing. Sound- 9/10, because while all the songs sound great (it is a music anime after all), there is really no difference in their meanings between every single episode. They're ultimately just character songs. Characters- 5/10, which I feel is generous given that there are way too many of them, which has adversely impacted the time each one had to do something other than stand there and look pretty.

As much as I loved the past two seasons, this season was utterly disappointing in comparison. Many contributing factors to the show in previous seasons seemed non-existent in the third and overall, the content and general feeling of the show has now become shallow and lacking in interest. The storyline was already striving to maintain an indepth level of content with the now seven members of Starish, and adding another four characters into the mix just dissolved any remaining feeling of unity between the episodes. Each episode became mostly made up of someone having a minor problem and then having Haruka say a few vague lines that generally meant the same thing every episode to solve the problem.The emotional build up between episodes leading to the final concert seemed basically non-existent. All of the episodes failed to generate much of any kind of feeling, both towards the characters and the storyline. The season itself lacked much of the excitement, humor, suspense, and just general enjoyment that the previous seasons had. The amount of silence or lack of talking between both full scenes and even between the lines themselves seemed to have greatly increased this season. It felt like the script for each episode could have been written out on a single page with the amount of pauses, "thinking" moments, or scenes intended to build tension thrown in. Aside from failing to build a connection with the audience, the amount of silence was probably also a contrubuting factor to the shallow storyline this season. The love story factor of the first season has now also almost been completely faded out. You only see occasional glimpses of anything relating to the original plot of the story in a few of the episodes and even then they're only background actions played out by other members of Starish while the main focus characters of the episode talk in the foreground. Basically, they've abandoned involving any part of the original romance in the storyline. The ending in particular was especially infuriating. The entire first half of the last episode is a repeat of Quartet Night's song that was already shown in the previous episode, followed by about twenty various characters of the show saying one line about the performance. It seemed to drag on forever with no real point or content added to the story. By the time Starish actually performed, Quartet Night had alreadly taken up about an entire episode's worth of talking and performing by this point. Starish's song itself (unlike previous seasons) didn't even end up showing the judges' or crowd's responses whilst the song was playing, so it was over after thirty seconds of starting. That's all they got after the entire season. About a minute of stage singing, not even a bunch of irritating one line comments from twenty different characters like their rivals had had. It was super disappointing. The most infuriating thing above all though is the last few minutes of the season, where Heavens from the previous season suddenly show up with four new members and perform as well, taking up basically the entire ending of the show which had nothing to do with them up until that point to begin with. To finish the whole season off, they don't even announce who won in the end, thus adding the cherry on top to the already heaping mountain of disappointment that was the finale. If a fourth season does end up being produced, I can't see how they'd manage to create any kind of working storyline with the now (I'm assuming) eighteen different guys who will probably be after Haruka's song writing. I wish I could say I had high hopes for the next season in the respect that it would fix most of these problems and return much more to how it used to be but I can't imagine it by this point.

First of all! This is a review on the third season of Utapri! If you're new to this, please start watching from the first season Uta no Prince-sama: Maji Love 1000%! It's really worth it! [That is... if you like music, boy bands and Reversed Harem] ---------------- Well then... To start my review, I first want to say something about the other reviews that are posted here on Anime-Planet about this season. It's all my opinion and I know they have their own opinion, but I still want to say it.  I really don’t understand why other people are so negative about this season. Maybe because they had to wait for this season, they came to have really high hopes and expectations for it and that’s why they would be disappointed… I, who just watched the three seasons after each other for the first time, don’t see a difference between this season and the first two. That is, no difference in way of storyline and character development.  This season was just as funny and wonderful as the last two. After reading the reviews that are made before mine, I felt like I would go watch a horrible season of Utapri, but it turned out to be as wonderful as the first two. The story may be told a little slower, but I, as a writer myself, can’t see any other way to tell this storyline. I just wanted to tell you guys I’m nog agreeing with the disappointed Utapri fans. That aside… now I’m going to tell you my fresh look on this season and the series so far, while I try to NOT spoil a thing. Story I won’t spoil the storyline, but I can tell you it’s worth watching. Just like the first two seasons, St*rish has a goal and tries to make it to that finish. It’s a simple storyline, but it worked out pretty fantastic, like always. Animation The animation is pretty well done. Normally, there always is a thing for me to say about the animation, drawing styles that bother me, but I haven’t found such a point in this season or the seasons before. I really like the style. Sound The sound… Yeah, who wouldn’t watch these series because of the wonderful music? I think we could all agree that thát’s why we all started to like utapri. Not just because of the nice guys in it, but because of the nice guys who actually can sing. Really, there were parts in these three seasons where I had goosebumps all over my body and tears in my eyes just because of the sound. Ehm… I might note here that I’m a high sensitive person so I get really quick emotional because of music, but I guess you don’t have to be a high sensitive person to like this music! Characters The character development is as amazing as always. Each new character gets his own episode to get to know Haruka better. I really like the way how it’s done. It makes me feel like season one, where Haruka first meets her boys from St*rish. 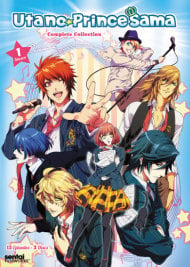 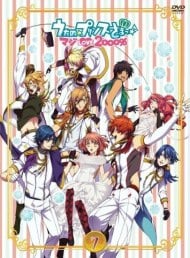 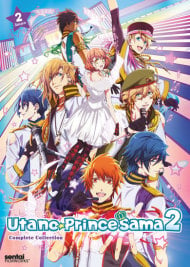 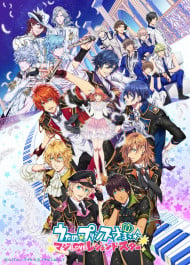 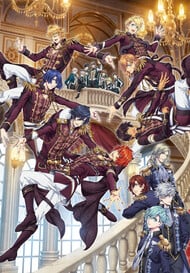 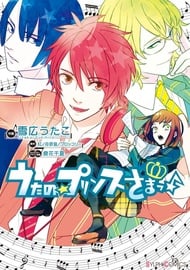 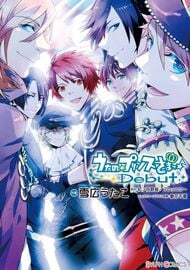 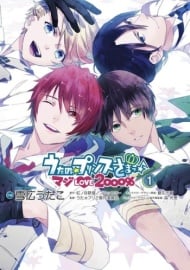