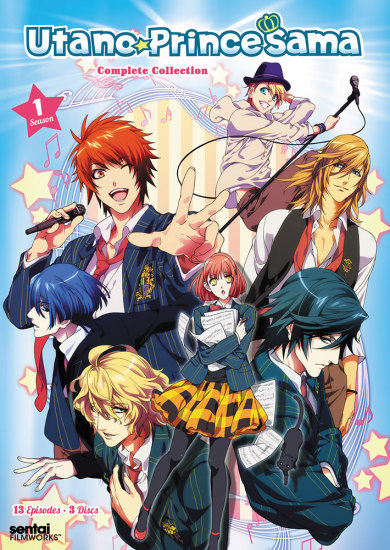 Okay I was not a big fan of the animation but it was good otherwise. The music throughout was great, some soothing, some upbeat, but completely addictive. In fact one of the reasons I continued to watch it was the music. I loved the opening and closing music as well. The main character, well she annoyed me and was my least favorite out of everyone. Her harem consisted of my favorite characters. All those personalities brought together and meshed to make amazing music. The story is interesting and progressed fairly steadily. Overall its worth a watch.

This anime is my 2 favorite anime because the charaters are well drawn and the plot itself is intersting.this anime is about a girl named Nanami ( i think this is how u spell her name) who goes to a music school because she loves playing the piano. she meets 6 handsome guys who she kinda helps out and they help her out. they all fall in love with her and ask her to be there parner but she can onlyn choose one. In the end she chooses all of them and they create a very lovely song. Maji love 1000%. (u can hear it in You Tube).  Sorry my english is not very good

Story: Allow me to describe the banal unoriginalty that these series chose to hurl at the clearly preteen female demographic. This series revolved around a stereotypically bland generic female (i.e. kind and optimistic with no other defining traits) who chose to attend a music academy so she could write music for some superstar she heard one song from that forever changed her life and then has a splew of males who fall in love with her (Shoujo Theme 2: Kindness is all it takes for guys to fall in love with women). Afterwards, there exists some typical petty drama that arises from love hexagons (heptagons?) and then they get to strive toward their pop idol dreams, one cheesy and lame song after another. This anime was worse than I expected. Sure, I expected a bland female that was just there to push the bishounen males to their dreams all the while somehow following her goal as well, typical awkward scenes between all the males and her particulary in beautiful brochure-like locations (moonlight by the pool, grassy field with a slight breeze, country side with a rainbow, etc), cheesy dialogue and scenes repeated in all shoujo, lame attempts at humor, failed attempts at character development, and the predictable ending. What I did not see coming was the embarrasingly bad songs and dances that were actually laughable, the bizarre and random cat episode, or the president's acid-trip-like reaction to their music. However, this was thoroughly unoriginal for the most part.

Animation: Typical yet odd seems like a good way of describing the animation. The background and scenery was nicely colored and designed with nothing too out of the ordinary. Characters, on the other hand, were not. They had varying crayola hair colors and styles to distinguish one from another with the main female having bizarrely creepy yellow eyes. Even the clothing was strange and almost comical in an attempt to be stylish and attractive. It looked just like a video game turned anime, and it was not really done all that well. Unlike The World God Only Knows which was meant to have that kind of an appearance since it satirizes dating sims games, this anime was not and so the animation did little to enhance the series.

Sounds: Generic (and humourous) boy band music and forgettable score. The opening and ending were catchy and comical but not memorable. The rest of the music was not memorable either. They either made me laugh by horribly lame they were or left me feeling embarrassed that females actually swooned over this.

Overall: Those who like shoujo but have seen little, those who love all shoujo, or those who love fluff romantic entertainment might find this to be a good series. Those who have seen a few know that this anime has little to no redeeming qualities. Watch this for some laughs at the ridiculous songs and dances and incredibly lame plots. This would even be okay for those who want a mindless but clean kid-friendly series with little to no substance that does not offend. Those who want something of substance and originality, just steer clear. The only reason I saw the entire series was so that I could offer a justified reason/review for why no else should.

Overall the anime was fine. The music was good. But personally the concert song in the first season was better, in my personal opinion.

The reason I gave this a lower score is because of the audio editing. Especially during the concert scenes at the end of the season. This applies to both this season and the first season.

The audio was absolutely awful. The screaming fans were the main audio sound. No matter how much louder you made the tv, the most overbearing sound is the fans screaming that you can barely hear the song. Now I know the song is performed during the credit scenes for all the other episodes, but doesn’t mean I don’t want to enjoy the full concert either. The audio editing ruined it for me personally.

I know I sound nit picky, but what’s the point of having a music based anime if you can’t even hear it to begin with. 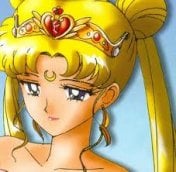 I know, in a way, we all love stereotypes. So if you like the male caracters in ouran highschool host club, you might appreciate this story, or be let down by the missed potentiel of this serie.

This is a romance prohibited shoujo (as the teacher says at the start of the story). And no, this is not a trending and doki doki prohibited romance, there is no romance at all. They choose to concentrate the action on music which is fine, but they never used the music material they presented : two violonists, a guitarist and a saxophonist. The composer, who is supposed to be really good, only writes boring or cheesy songs without, of course, any instruments even though she plays piano. So in the end, it sounds cheap. (And i'm rough because they did better in Angel beats or kaichou wa maid-sama even if they are not "music tagged anime'')

Also, the main female caracter is seen by her friends as a kind, air headed, and a hard worker, doing her best in all circomstances. The problem is that she is presented to us, viewers, as a depressing friend, a cry baby and a stressed agoraphobic. Despite her great appereance, she has creepy eyes and no, you won’t get used to it.

I did not understand why they were shintoists allusions with ‘‘magicals’’ sceneries and white birds showing the path of love/friendship. Let’s not forget Cecile, the talking-arabic-or-indian-from-west-cat-with-a-purple-tattoo who has a bigger role than the only girl friend Nanami has.

But hey, what do we have to say, there is so few reverse harem....