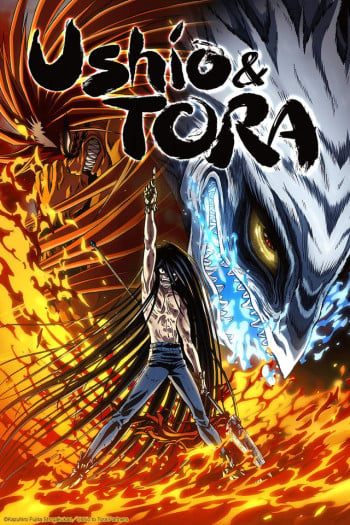 Continuation of the Ushio and Tora TV series.

I Won't Lose Anyone Else

The Night of the Crescent Moon

The Journey of No Return

To the Sea of Chaos

To the Promised Night

mpressive how the title saved itself so well. After the first season completely failed in the middle section and ultimately won with the dissolution, I had my doubts about the potential of the sequel. Sure, the background story about the spear and Hakumen's actions in season one has been very impressive. But because of that, the entire potential should have already been lost.Fortunately, I was wrong. The second season managed to keep the tension going until the end. To deliver a grandiose finale on a full metal alchemist scale and to give the characters even more depth with more background stories. In particular, there were a few new developments, admissions and unfortunately tragedies. The final fight was a long one (it included episode 33-39), but it had everything a fight needed. Hardly any plot armor, no ass pulls and a very appealing and understandable process. And also the consequence and the price of the victory. Unfortunately, it doesn't always result in a total happy ending, which is why I liked this ending even more. This makes it look much more realistic. I would certainly have preferred it if some of the main characters had more screen time. This would have made her story, her struggle and her degree much more emotional. Since you only knew some of them for only 10-20 minutes, it worked well, but you couldn't build a feeling for it. story The plot reached its climax here and revealed new parts of the background story about the characters and Hakumen. This started the plot and the meaning of many episodes from season 1, to understand more clearly. Likewise, some of Tora's actions got a completely different meaning after you finally understood the character. Since the tension of the narrative could be maintained really well here, I can hardly take anything negative here. In the area of ​​storytelling, this work did an excellent job for a shounen. Animation / pictures The animations have gotten a little better. Mostly still images. But the presentation has improved significantly. In addition, a little more effort was put into drawing characters. Characters Basically, there was little change in most of the characters. some have simply grown up and matured. Only Torah and Hakumen have finally seen the full picture of their backgrounds. Likewise the reasons for Tora's actions, his past and you learned to understand his personality more. I find the explanation of his usual "I'll eat you" particularly interesting - I would not have expected that these words actually had a deeper meaning. The origin of Hakumen was also very interesting and explained its character much more. Among other things, I have to say that it reminds me a little of Pennywise / Es.The conclusion of Hakumen's story was also written and implemented quite interestingly. An excellent antagonist. Conclusion This rating is for season 2 only and not for the overall work. The first season is much worse and would lower the general rating. However, season 2 consisted of only 13 episodes, which relied a lot on plot and explanation. The anime also has a finale that hardly any shounen has ever achieved. If the first season had the same quality as this one, the anime would undoubtedly be one of the best titles.

I really liked this series, one that pulled me in like Hunter X Hunter did. First season is kinda slow, but builds up the characters and then the second season thrusts you into the actual conflict at hand. Through the entire second season you meet new characters and either like or hate each one, but know that they are going to serve a bigger purpose for one side or the other. Story telling in this season is very action packed with the exception of one or two episodes. Animation and sound are great! Animation quality for this season is just as good, if not better, as the first season. Music through out this one makes you feel the situation everyone is in or about to get in and is very in depth. Opening and closing title have great music to jam out to on each episode. Overall this was a great series to watch and loved each moment of it.

With a pretty entertaining first season, I didn’t mind coming right back to Ushio & Tora, but did hope they would fill in the many holes of the previous season. Story - 7/10 Ushio’s life has seeming gone back to normal, until in the drop of a hat everyone he knows instantly forgets him. No matter how hard he tries to get through to those close to him, such as Asako and Kirio, it’s no use. Even worse than that, all the monks from his father’s sect have suddenly been turned to stone, so now he and Tora are almost completely on their own. At this same time everyone, both good and evil, decide to put their plans into motion. Ushio’s former allies have seen the future and decided they need to make a second beast spear, and it’s creation will put them in a head to head fight with the current spear’s wielder. On the other end of the spectrum is Hakumen and it’s various offspring, all who are working to free the monster from it’s barrier, mostly through manipulating humans into bombing it, inadvertently letting it loose instead of killing it. While the vast majority of the show deals with Ushio’s battles, either with the other Yokai who have forgotten him, or with Hakumen, they do find a way to very nicely intertwine stories within those episodes. We learn more about Ushio’s mother, about the connections he and his friends all have to this long running ordeal, and most importantly the origin of Tora and the sad history of the beast spear. When it came to those battles the writers did a great job of actually keeping you on the edge of your seat. Sure you assume the outcome is one where Ushio is victorious, but they would often make you have second thoughts. There were a few less than original moments for the show, such as Ushio fighting Blue Eyes White Hakumen, the entire country giving Ushio the power to beat Kid Buu, and Ushio’s speech where he came inches from declaring “This world is made of Love and Peace,” but that didn’t detract from a great conclusion to the show that made sure to wrap everything up nicely. Animation - 6/10 As expected there isn’t much of a change when it comes to the art of this season, with the only major upgrade being the many many Azafuses, creatures who have the same background as Tora, so they look like different, interesting, variations of him. Sound - 5/10 The songs for the second season are very similar to the first. The opening is by the same musician as the original opening and it shows, the new one is a little more Speed Metal, but not a huge difference. The closing is by an all new band, but is almost the same style as the two we’ve heard previously.  All the voices are the same as in the first twenty six episodes, with only a few new characters being added, who again were all given to veteran V.O. artist that we’ve heard in all the Sentai series. Characters - 7/10 There aren’t too many important character changes from the first season, but there is enough character backstory to make up for all of that. Most of the character building is spent on Tora, Mayo and Shigure, and thankfully so, as too often shows decide they need to reiterate every detail in the second season, somehow thinking all the viewers just skipped over the first. The most detailed section is dedicated to Tora and the Azafuses, and it helped make and average story much more entertaining and original. Being able to make him more than just a monster who was changing his ways was a twist that showed there was some forethought put into this character that on the surface just seemed like an average goofy monster. Overall - 7/10 While the season probably still could have been whittled down a few episodes, or had some swapped out for ones with more content, I think they did a great job both getting to the point and providing the action needed for such a series. 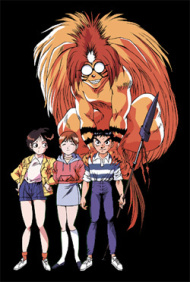 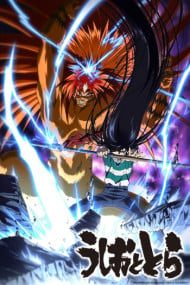 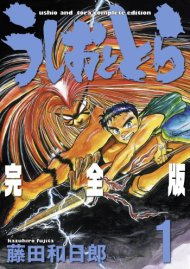