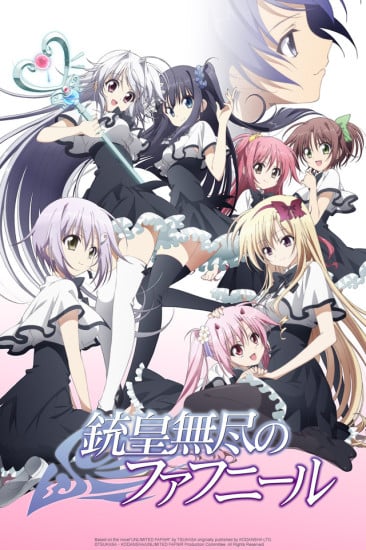 As Tear finally begins to warm up to her class, the Dragon cultists mobilize to take her back.

Muspelheim of the Flames

Only a pure maiden can have the privilege to contract with a spirit. Priestesses, who can summon spirits from Astral Zero, the world of spirits, and have full command of their power, are called elementalists. Kamito Kazehaya is the only male with this privilege, and due to what happened in the past he comes to Areisha Spirit Academy where priestesses are...

Starts off the same, MC finds a naked girl bathing and is thought to be an intruder. Both male leads are forcefully enrolled and are the only guys attending an all girl academy of magic. MCs are known to posses the same magic (that the girls have) So in general its a Harem involving magic with dense (maybe secretly strong) Male Protagonist in an academy life setting.

The premise is extremely similar; the main character is a guy who is the only guy that has the ability that only women are supposed to have, he has to keep his identity hidden and he has to attend a school that exists specifically for the purpose of teaching girls how to use their abilities.

In the world, there are those who hunt down rare and powerful items known as Lost Precious, including Ryuuji Kisaragi’s own parents and cousin Eriko, who’s been studying abroad for the last few years. But when Eriko suddenly returns, the boy finds himself in the middle of the action when she drags him along to intercept a special treasure from the...

Both are about Humans and Dragons, Dragon Crisis has more hinted romance in it.

Adventure, Dragons, Love what more to wish for from an anime?

The story is set at a private school that brings together “Saviors” – students who have awakened memories of their past lives as Shirogane or Kuroma. Shirogane use weapons gleaned with Puraana from their bodies to fight enemies, while Kuroma use magic by manipulating Maana to banish their foes. Moroha Haimura has just enrolled into the...

Both have the same plot where it dwell on the same plot where the world faces an apocalyptic invasion from Kaijus of interdiemensional orgins and the ones that stands aganist them are high schoolers with special powers, both also have the same character harem guy who is surrounded by girls of various personalities, however there were two prominent ones whom mere mostly associated with the harem guy where there are diffrences. In Juuou Mujin the two prominent hamem members inculde a horned loli and a bimbo, while in Seiken Tsukai, involves a flat chest bitch and a yamato nadeshiku.

Pace-wise, Juuou Mujin is more focus on the plot of fighting the kaijus, while Seiken Tsukai has a rather chaotic pace in its plot direction, where it mostly focuses on the harem than the objective of the plot.