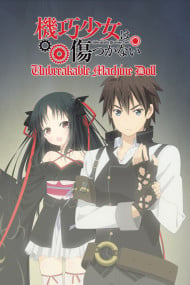 The story, starts with a boy seeking for a revenge, imo so far so good. After that it's starts to get more and more boring, but still enough interested for you to watch it (just in case it gets more interesting). Characters are also very cliche, repetative, boring and probably enjoyable for those who just cares about ecchi over good characters/story/fight scenes. Yea, not me. Where in normally the main-character would nicely evolve ans the story goes on, that doesn't seem to happen here, at least not clearly. Fight scenes are lame and dull. Main-character seems to use a variety of different moves with this doll of his, but there are no explanations what they are or do, so I guess someone was just lazy writing this. At first, promises guite a lot without delivering almost none of it.

Machine-Doll wa Kizutsukanai is a light novel that was written in 2009 and is still ongoing, as you probably know they have adapted this into an anime, the light novel was written by Reiji Kaitō, and I have just started to sink my teeth into the manga after watching the anime. The storey:    It is the early 20th century; Raishin Akabane is a student puppeteer from Japan, who has come to the Walpurgis Royal Academy of Machine Arts in England to study the emerging field of Machinart: a combination of magic and technology with military applications. He is accompanied by a girl named Yaya, who is actually his Automaton: a living machine doll powered by magical circuits specialized in hand-to-hand combat. In the Academy, there is a combat tournament exclusive to the Top 100 students and their automata, to decide who shall be bestowed with the title of "Wiseman", the greatest puppeteer. well now that's out the way, the storey is very interesting it isn't just a simple "well tournament better beat some shit up by going super sayian" it all centres around the "bad guy" killing the "good guys" family and well he's pissed so he wants revenge which he can only do via the tournament however things keep getting in the way because other characters want to become the "Wiseman" too. It is an easy to follow storey and there is not too many plot twists that m night shyamalan sampa would be proud of. Nevertheless, I did feel that there was a deeper plot that they have not touched that much.  Animation: this is the one bad thing I don't like about this anime, it nearly dropped it because of this, the animation is very wishy washy if that makes sense, if not ill explain: normally when you watch a anime its very bright and the colours and noticeable and if its night time you can see what's happening, but with anime I  think they wanted something different which hey good for you, but there were times when I had to play around with my TV to see what was happening because there was this lack of colour and light.   Characters:  ok I said before how I nearly dropped this anime the characters saved it, I love yaya and her clever innuendos and logic, also the other characters were very good at supporting both the main character and at the same time being remember able, some animes focus too much on the main character(s) but this had a good balance. They were also able to show a deep bond between Raishin and yaya, I sometimes forgot that they were partners and yaya was a machine.  Sound:  I have no complaints it was very average and the opening was less remember able, however I do not watch anime for the sound.  Overall:  I've recommended this to a few friends and they weren't disappointed, the anime is funny but still lots of action, and they explain stuff a lot more effectively then some animes that just go with the flow of things. the best way to judge whether or not you'll like this anime is just by watching the first episode, the first 15mins I knew I'd love this anime 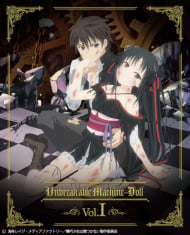 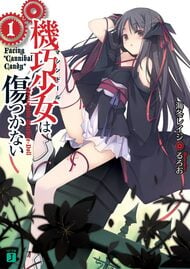 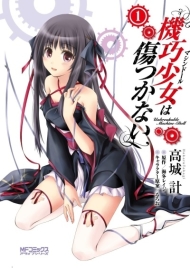