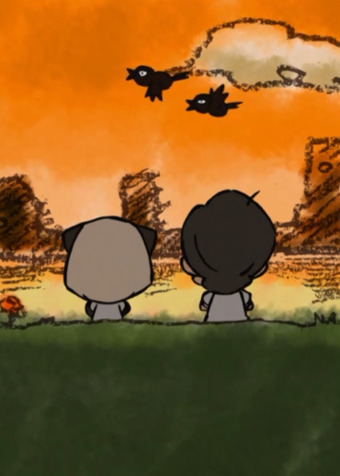 Un-Go Inga Nikki is a series of ten, thirty second or so, clips involving Inga creating an online diary for the detective agency. Often instead of writing about cases they've solved, he devolves into just writing silly things about Shinjuurou.

The little clips are drawn in a crude, but kind of cute, style and for the most part they bring nothing of informative value to the series. They almost seem like they were made to be used during the breaks at the halfway mark, but were nixed for being slightly awkward.