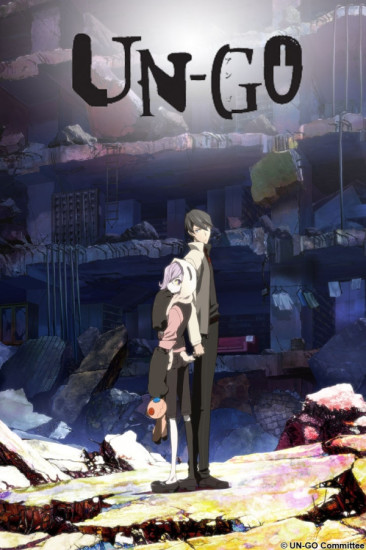 Murder at the Ball

The Statue of Illusion

The Code Too Simple

Story When it comes to the detective genre, we've seen it all—from locked room mysteries to train-stopping murders to classic Holmesian whodunits. In a genre that's become repetitively stale, Un-Go blends both old and new sensibilities into its narrative, shape-shifting into something unique. Although loosely based on the post-war Tales of Crime in the Meiji Era by Ango Sakaguchi, Un-Go sets itself in motion along a near future timeline. With one foot planted firmly in the tradition of Japanese detective fiction, and the other in the realm of a real, technological future, Un-Go creates an intriguing universe that is as familiar as it is relevant. The anime attempts to realize a post-modern, wired-up world where corruption and terrorism are the tokens of the times. In this media-saturated society, information is like precious cargo, that is, if it isn't already censored by the government. Un-Go is no Brave New World, but it clearly has something to say about the 21st century.   Detective Yuki Shinjuro has an easy, yet unrewarding job. With each new case, Shinjuro effortlessly corners his suspect with some verbal jousting and then calls upon his sexually dimorphic assistant, Inga, to pluck the truth from their sorry, overripe souls. This routine loses its charm around the seventh go, and Shinjuro's use of Inga as his supernatural ace card only sucks all the fun out of the juicy details of interrogations. After minutes and minutes of tenuous build-up, it seems a little unfair (and unsatisfying) that Shinjuro and Inga are privy to every creature secret with a simple wave of the hand. The actual mysteries themselves lack the fundamental element we expect from detective stories: suspense. Systematically, almost clinically, Shinjuro sleuths towards the truth with nary a shade of doubt. Besides the occasional red herring, Un-Go's first few cases feel formulaic and dispassionate. The obvious suspects crack too fast; on the other hand, their motivations are at the heart of the intrigue.  An invisible thread connecting the victims from various cases keeps the narrative tight as a whole and ensures thematic consistency. While its mysteries may be transparent, Un-Go cleverly uses its cases as vehicles for social commentary and examination of the human condition. We can also savor the deductive rivalry between Shinjuro and the nation's top information analyst, Kaisho Rinroku. Don't get me wrong, their "battles" are no L and Light cat-and-mouse games; instead, they feel more like duels between a mouse and a lion. No matter how ugly and selfish and bitter Shinjuro reveals the truth to be, the magnanimous, omniscient Kaisho covers it up with a beautiful lie. Shinjuro, in his Sisyphean task of revealing the truth, is constantly masked by government smoke and mirrors.  By tapping into the facades and forces we can't control, Un-Go makes itself remarkably relevant in regards to censorship, war, and political power. The show even takes a stab at the artificial intelligence debate. Un-Go has oodles of thought-provoking themes, it's just a shame the mysteries are executed clumsily.  AnimationStudio Bones upholds its track record for polished animation, yet character designs are less than inspired. The lanky, pencil-legged figures look like paper cut-outs from a CLAMP sketchbook. Eyes and faces are distinctively almond-like, drawn with harsh outlines that result in some flat character expressions. The bleak designs match the cynical mood, but Un-Go's dystopian universe deserves an injection of imagination and creativity. As it is, the show looks languid and lacks the eye-catching dynamism expected of a noitaminA anime. Sound School Food Punishment's "How to Go", like "Futuristic Imagination", is a pleasant yet catchy J-rock opener that I never skipped. More enticing though is the bookend to every case, LAMA's "Fantasy", in which a haunting piano phrase slithers around while blasé vocals sing over a hypnotic beat. The song seamlessly unhinged my locked attention once a case finally reached its denouement. Voice actors Ryo Katsuji (Shinjuro) and Aki Toyosaki (Inga) brilliantly bring their characters to life. Notably, Toyosaki's wide vocal range allows her to shift between a mischievous little boy and a devilish femme fatale. Characters Shinjuro and Inga's Faustian partnership won't win a Detective Duo of the Year Award—simply because we don't care about them enough. Indeed, we don't fully understand the root of their relationship or why they choose to work together until the final episode credits. Shinjuro's keen deductive abilities make him a capable detective, if not borderline cheesy from his philosophical sermonizing. He has his moments of weakness, but any attempts at character development are cut short. Inga, the impish little rogue, provides some much needed comic relief.  Since the mysteries are the prime focus of the show, backdrop characters like prosecutor Koyama and policeman Hayami become talking heads, filling in the gaps of the plot. Kaisho Rinroku, the smiling Big Brother himself, proves to be a dangerous yet charismatic antagonist—a wolf in sheep's clothing. Kaisho's power derives from his ability to fabricate a wealth of information, but his actions are never painted black or white; who's to say hiding hazardous truths from society isn't the moral high ground? In a culture smeared with corruption and political foul play, it is interesting to find this seemingly honest man at the center of it all. One case involving Kaisho cleverly turns itself on its head, forcing us to challenge two sides of the man's ego. The philosophical hide-and-seek between Kaisho and Shinjuro make the mysteries worth following.  OverallUn-Go is a mature addition to the detective genre—but not in the sense that it's a hyper-violent, sexy mystery thriller. Rather, Un-Go's focus on its complex thematic material regarding the nature of truth, politics, and human technology so rightly captures the post-9/11 Zeitgeist, it's almost scary. Although fumbling occasionally on execution and relying too heavily on deus ex machina, this curiously short series is sure to please fans of brainy, hard-boiled detective fiction.

By the Gods, when will they learn?UN-GO is yet another detective show which THANK GOODNESS doesn’t have lolis. Do you know there have been 5 loli detective shows in less than a year? (Milky Holmes, Gosick, Dantalian, Kamisama Memo-chou, and Hidan no Aria). And they were all equally fan catering crap too. Though despite the lack of lolis in UN-GO, it ain’t any better when it comes to detective work. Why? Because we NEVER SEE THE LINE OF THOUGHT!A good detective story needs its time, its hints, its analysis of clues, and above all it needs to retain a big portion of realism. Well this anime, just like all detective anime before it, does very little in all these departments.- The cases last only one episode. Barely enough time to think of anything before the whole thing ends right away. Where is the excitement in that?- The hints were there but when the characters reached to the verdict, it’s as if they all had an epiphany and the answers came to them at that very moment.- Realism flew out the window by having the hero detective to need the services of a little boy dressed as a clown. It magically transforms into an adult woman clown, which has a magical brainwashing power and forces the suspects into revealing the truth without being able to lie or not reply. Great deduction job you guys; just inject truth serum in the whole cast for all we care.This is not a detective show. IT IS BULLSHIT! There isn’t a shred of realism or plausibility in it so how can you possibly enjoy it? For the transvestite boy-turned-Lady Gaga fetish? Or maybe for the seemingly serious war setting which is raped by the said magical transvestite? The whole setting is gone to waste by inserting all this magic nonsense.The same applies to the cast. The suspects are constantly changing and the main ones don’t evolve much so there is no real focus given to any of them. BAH! If you want good detective shows, anime shows are not the proper place to look for them. They always throw in magic and brainwashing that destroys all the proper mood. Just as the name implied, don’t GO for it. p.s.: The production values are good; a thing which went totally unnoticed because of the crap I witnessed.

Un-Go is an anime, which is both cleaver and stupid at the same time, with some elements being great and another, being too stupid and unbelievable. Now to watch this anime you must watch the episode Zero to understand a little bit about the world that the main character lives in and how he got to wear he is in the first episode, because otherwise they do a poor explanation which no one ever listens to, become it come normally when they relieve the killer. There are also some very far-fetched explanations and solutions that the main characters come up with, also SPOLIER ALTER there is some brain washing b******t that comes on near the end of the series, which I don’t know about you but I hate and think is really stupid. SPOLIER OVER  But the anime dose have its good points, the crimes that the “hero’s” normally come up against are very cleaver and exciting. That sound track is also pretty good and can leave some dramatic moments. The animation is done well and both the Dub and Sub are pretty good. The world that the anime is based in is very imaginative, which feelings that it could be happening in are world, and that we don’t know that are world can really be capable of. Overall I suggested that you do check this anime out because its pretty good, but I will warn you know that if your not into brain washing or pointless characters then you may not like this anime. I hope that this review has helped you and that you enjoy the anime. 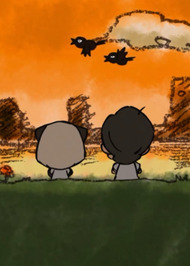 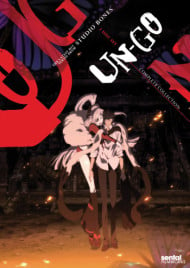 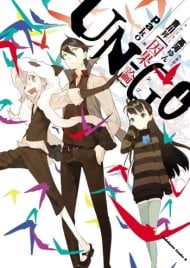