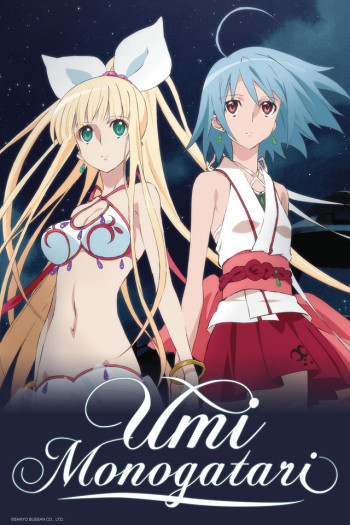 When Marin and Urin – two sisters who live in the sea – find a ring that dropped into the water from the land of Sky, they decided to travel above to return it. There, amidst a bustling festival, they meet the ring’s owner; her name is Kanon, and she wants nothing to do with the ring, which was a present by her ex-boyfriend. After Kanon refuses to accept the ring and throws it away once more, the girls continue to search for it, accidentally releasing half of a great evil whose spirit was sealed both above and below the water.  But luckily, there’s hope – Matsumoto, the Elder Turtle from the sea, appears and reveals that Marin is none other than the Priestess of the Sea, charged with defeating the villain. Marin must now fight alongside Kanon - who discovers she’s the Priestess of the Sky - to put a stop to this ancient power and its possessed minions before it’s too late…

The Heart that is Tested

The Heart that Obscures the Light

The Heart that Succumbs

The Heart that Grows Distant

Hearts that Need One Another

The Heart that Loves

The Heart that Falls Silent

Heart of Light, Heart of Darkness

Umi Monogatari was the magical girl show for the Fall 2009 season. I shoud warn any potential viewers that it's a different kind of magical girl series. You may enjoy it's originality, or lament it's not like others in the genre. Personally, I was not a big fan of the series. Perhaps if it was not a 'magical girl' series I migth have looked at it different but I went it with a preconceived notion about what I was looking for in a magical girl series and I know it affected my enjoyment of it. Please keep that in mind when reading my score. Story: Umi Monogatari, literally "Sea Story", is about two sisters, Urin and Marin, who live in the ocean. They aren't technically mermaids as they don't have fish tails, but they are otherwise similar. They even need special rings to breath out of water. They decide to visit the "sky world" (land) to return a ring that was dropped in the water. The owner, Kanon, turns out to be an emo teen who threw it away on purpose. The girls then accidently release an evil spirit called Sedna. A talking turtle gives Marin and Kanon the power to transform into the Sea and Sky Maidens, to defeat it. T This show is a bit more mature than other magical girl shows, which in general works well. What it lacks in sparkles and transformations, it makes up in more original scenes and less repetative episodes. While many magical girl shows have mostly monster-of-the-week episodes, this one was able to have a more complex story. Characters:        I didn't really like the characters. Marin, in particular, annoys me to no end as the whiny little sister. She's all clueless, happy, and loves everyone all the time. The others characters are not annoying, however I did find them to be a bit plain. I think this is a disadvantage of a more 'realistic' magical girl show, as they don't go over-the-top making a cast of colorful characters. I did, however, love the design of Kanon's Sky Maiden outfit. Sound:        The opening song was very pretty, but it didn't seem to fit the anime in my opinion. Sounds more like a Kino song than for a magical girl show. But then again, I'm probably just expecting a genertic magical girl song. The ending animation is really cute; the sisters are watching the story about the Little Mermaid, which I found was adorable. Overall:        Overall, it's not as cheesy as regular magical girl shows. Which is too bad, as the goofyness of magical girls shows is a guilty pleasure of mine. However, I do believe most people would actually find this more enjoyable than something like Pretty Cure. Personally, I found the show to be a bit too dull so I wasn't able to enjoy it. Perhaps one day I'll re-watch it with a better idea of what to expect and it may change my opinion, but for now, 6/10.

For a series based on an Asian pachinko machine, it was actually very good. A classic tale of good vs. evil with a magical girl duo. The animation was gorgeous.

Plot: "When Marin and Urin – two sisters who live in the sea – find a ring that dropped into the water from the land of Sky, they decided to travel above to return it. There, amidst a bustling festival, they meet the ring’s owner; her name is Kanon, and she wants nothing to do with the ring, which was a present by her ex-boyfriend. After Kanon refuses to accept the ring and throws it away once more, the girls continue to search for it, accidentally releasing half of a great evil whose spirit was sealed both above and below the water.  But luckily, there’s hope – Matsumoto, the Elder Turtle from the sea, appears and reveals that Marin is none other than the Priestess of the Sea, charged with defeating the villain. Marin must now fight alongside Kanon - who discovers she’s the Priestess of the Sky - to put a stop to this ancient power and its possessed minions before it’s too late…" (site synopsis)Story: Magical Girl! NO! many people would say that, many people hate this genre yet i tend to tolerate it as long as it has potential and stuff tied up toghether into a good, entertaining or intriguing show. Umi Monogatari in my opinion is around the middle of what i said, it has its good moments and its bad moments, basicaly until episode 4 i thought that this anime might be something like a hidden gem out of all the shows that aired back then. It had potential and it started from a premise that myself and someother people thought of it as promising, but it didn't kept its pace until the end, it was like descending episode by episode after the first 4 episodes. Anyway it proved to be abit interesting, even though i was expecting much more action sequences but if i stay and think twice most of the animes taged with "magical girl" never had many intriguing action scenes that you can confirm the suspense. Nevertheless, the story is centered on two sisters who live in the sea, Marin and Urin. One day they found a ring which was apparently dropped (more like thrown away) into the water from the land of Sky. After debating wether the two sisters should travel to the land of Sky to retrieve the ring to its rightful owner thinking that the owner might have lost it, they finaly decided to travel there. However when they arrived at the surface they had to search the owner through huge crowds of people giving the fact that there was a festival in the small town. Guess what? they found the owner, her name is Kanon, but apparently they were surprised that Kanon thrown the ring in the ocean from her on will and not lost like Marin and Urin thought. Kanon has been dumped by her boyfriend, and it seemed like the ring was a present given to her from him so she wanted to get ridh of the ring, thats how it got in the hands of Marin and Urin. She quickly takes the ring from Marin and throws it somewhere else. Despite the fact that Kanon told them that she did not want the ring back, the two sisters continued searching for it, and accidentaly when they were searching the ring, Urin the little sister released half of a ancient evil spirit which has been kept sealed both above and below the sea level. Even though the spirit has been released, it was not complete, it needed the second half so it can become a real threat, so here interferes Matsumoto, the Elder Turtle which claims that Marin is the Priestess of the Sea (Umi no Miko) and her mission is to defeat the evil spirit. Predictable, Kanon also finds out that she is the Priestess of the Sky (Sora no Miko) and she must work toghether with Marin to seal the evil spirit and to defeat her minions before its too late. Well we can only predict that this type of shows tend to be very dramatic around the ending (it reminds me of Pretear) though another thing that kinda dissapointed me is the ending of it, which made it even worst. However i made this review now mainly because there was a special episode released (the 13th episode) which kinda made it alot better in my opinion.Animation and Sound: In terms of animation this anime is quite nice, the background design and setting were superb, pretty well made and the character designs as well, as always Zexcs throws some good animation is whatever they do. Related to sound, not really significant, more like forgetable, the only thing that remained in my memory and i also liked was the slow-paced and relaxing opening of this anime, the rest fade away as time passed.Characters: Interesting, funny, amusing in other words entertaining characters, their design is abit hilarious, anyways the only annoying thing was when Marin was calling "Kanon, Kanon, Kanon" or "Urin, Urin, Urin" all the time, ear and brain trauma. The things that i can't remove from my memory are the sudden bursts in evil auro of Kanon, the entertaining factor of this show.Overall: I kinda find it hard to recommend Umi Monogatari, i tried recommending it to different people yet the opinions were various. Fans of "magical girl" anime should give it a try (as i mentioned this show reminds me pretty much of Pretear which was a really good anime). The thing is that Umi Monogatari had all the stuff that a good anime should have but they were not tied toghether and ended up failing unfortunately the only consolations is the special episode released recently which it "repairs" it abit.And a few videos:~Enjoy~ 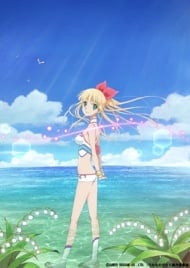 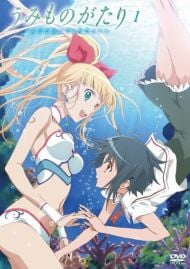