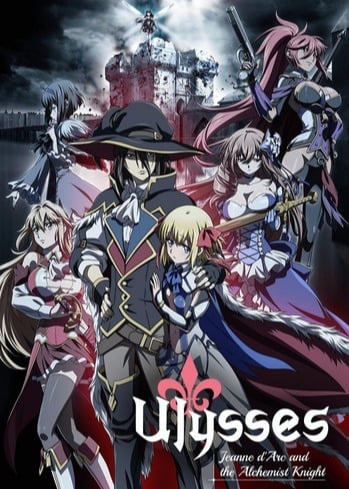 Ulysses: Jeanne d'Arc and the Alchemist Knight Episode 10 - Beast of the Apocalypse

The Hole of Babylon opens up in the sky. What appeared was strangely shaped gods. King of Gods Enlil roars after he possessed Montmorency's body. "Let's start a utopia, that wonderful utopia, once again! But first, I have to cleanse the humans!" The secret of Queen of the Fairies Astaroth and Philosopher's Stone, as well as the truth of the forgotten history will be revealed.

To the Scheming Palace

Who Was the Promise For

Rain and Memory in Brittany

Return of the Female Saint

Dance Music of White and Black

Beast of the Apocalypse

In This Wonderful World