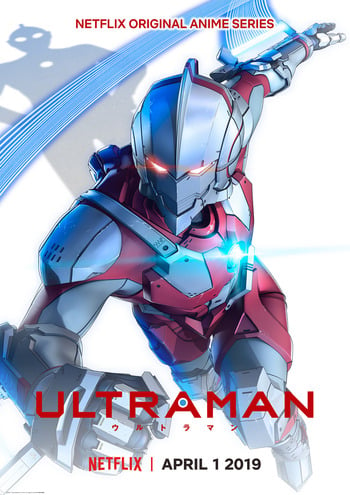 My son's and are are Big Godzilla fans and I have the original Japanese Live action Ultra man, so I was hyped.  Boring, slow and dull are the 3 adjectives I'd use to describe the show.  They mention Kaiju monsters but have none in it.  Ultraman never grows.  There's not even a good love story.  All the characters are boring.  The animation was weird and distracting.  Evaluating it based on all the anime I have seen its a two, based on the fact I'm a fan of Kaiju and Ultraman its a zero.

I like how the plot of this one was going, kept you wanting more after each episode and also doesn't really tell you who's good or bad even when the animation is showing you something else. Plot itself again was something different and more than likely a lot of people watching this one won't like it, it didn't mess with me too much, because every once in a while I want something different.

Animation style in this I was not a fan of. I don't really see the need for a more CGI approach than an actual animation that looks draw when it comes to animated movies or series. I had the same issue with Cyborg 009: Call of Justice, it was just to stiff and clunky looking. On the other hand it did have some great action sequences in this Ultraman anime. Sound wise was perfect everything matched up and was crisp and clear, has a good group of voice talent, and the music throughout the series was awesome.

Character development and interactions I thought were done well, you had enough background to go by on a majority of both main and secondary characters.

Overall, I think this was done pretty good and was also left open to a second season, even though it wasn't direct, but you could tell it could happen. I look forward to the possible second season and advise Ultraman fans to give this one at least a chance once.