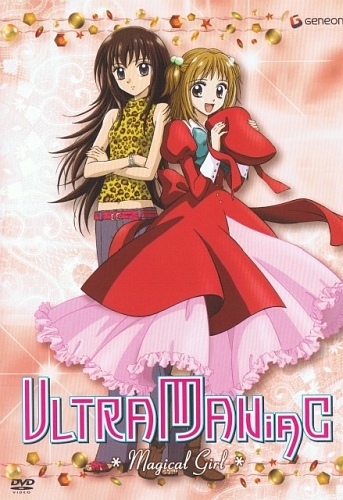 Mirumo is the selfish and chocolate-loving prince of a magical kingdom. As the successor of the kingdom, his father wants him to travel to the human world and study -- but Mirumo has other plans! Due to his unwillingness to go, the King declares that Mirumo must be married at once to his betrothed, the beautiful and clingy Ririmu. Things get even worse for Mirumo when Minami Kaede, a shy girl with a crush on the handsome Yuuki, wishes upon a magical cup for a fairy to give her the love she desires -- thus pulling Mirumo into the world of humans! But Mirumo and Kaede are not alone; Ririmu soon follows to help Yuuki, and Yashichi the Ninja to help Minami's rival for Yuuki's love, Hidaka Azumi! Hilarious antics abound in the new and complicated lives of these friends and enemies!

Hime-chan was a normal girl who had all the troubles of that age. Even though she had a tomboy nature, she envied her older sister's beauty and had a crush on an older boy. She dearly wished, as many do, for something to give her the chance to grant her wishes. Soon, something did. Hime-chan came into possession of a magic ribbon, that gave her the power to change into anyone she wished. With that, she transformed into her sister - but found out a few things that she wasn't prepared for.