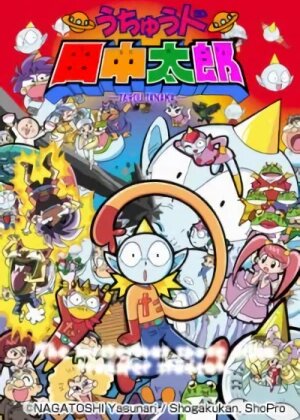 Yamazaki comes to Earth from another planet, hoping to conquer our planet. But he soon realizes that in order to conquer the world, he has to conquer his own classroom first. That's why he comes up with lots of different ideas to get everybody to follow him. Also, he spends most of his time making Tatsuya (the class rep.) miserable. Having his loyal and strange dog Watanabe always by his side, and the help from his grandparents, Yamazaki is always doing crazy things with his class, completely forgetting his primary goal, and only thinking in becoming "The King of the Class".

A girl named Yuuka encounters a being from the depths of the Earth named Chii-chan (a pun of 'Chiteijin,' the Japanese word for underground-dweller), and an alien named Ucchan (a pun of 'uchuu jin,' or 'alien'.) The two beings begin living with Yuuka who promises to protect them.

When a creature from outer space threatens Earth, young McDull builds a robot to defend all humanity.