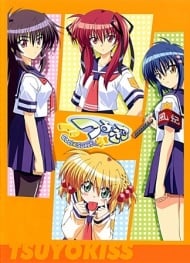 I would have given a negative score for the story if it had let me.To be honest, it starts off well enough, as your typical Slice-of-Life <insert theme here> with elements of love-comedy. However, as some point it just loses it's way. What is laughingly referered to as the "plot" involves the MC fighting with the Student Council President and never really develops further than that.Oh, don't get me wrong - it tries to at times. You can see the painful attempts that have been made to extend the life of the anime, but they always fall up short, or the development team get side-tracked by a pretty butterfly, and those just trail off into nowhere.The animation is fine, given the period, and style. But just because you have a team of artists who can draw well, doesn't mean you should give them liscence to do whatever and to Hell with the consequences.Please.Hire. A Writer. I gave the sound a solid "average" score too. The voice acting was good, amazing even considering the piss-poor quality of the material they had to work with. Or maybe that was it? Maybe there wasn't a written script per se, so much as the voice actors all got drunk in the studio and spouted whatever came to mind and the artists drew some nice pictures for it?Most of the characters are staple cookie-cutter variety. Which is fine, really. I mean, it a topic is serious, or has a lot of story development, then the occasional cookie-cutter character works well to break the tension.But in this, the whole cast is of the cookie-cutter variety. Well, that can work sometimes too - provided the story can carry it. Which this obviously doesn't. Some anime have a slow build up. That's fine too. When there's a reason for a slow build, or an anime needs a little padding to fill the slot quota, then these things can happen. But for the most part, these animes can handle it. The fan-base accepts the drudge, coz when it gets to the actual content, it's usually worthwhile.But this pile of trash? It's all drudge. There's the occasional echo of what might be a good story-hook here and there, but these are simply just thrown in like some wanabe avant-guarde painter attempting his first canvas. These are largely ignored or forgotten by the next episode, and sometimes during the same one == The final episode was enough to want to book an apointment for a labotomy. I'm sure it would be just as much fun. Or maybe there's some martial art technique where a blow to the temple can guarentee a single instanct of 4hr memory loss.The only drawback there of course if, by not remembering exactly how dreadful this series is, one might accidently attempt to watch it a second time. Cursed loop  ><  Ack. Just give me back the last 4hrs of my life ==

A nostalgic feeling anime from 2006 that has the feeling of a 90s anime.  A bit slow paced but overall pretty good.  Nothing remarkable or unpredictable happens.  If you have watched all the romance anime and need another this one should do. 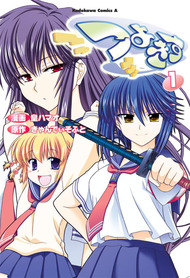