I watched the entire series on Netflix. There really was not much of an interesting  story and it took me a while to finish the series  because it was too cringe worthy at times. What disgusted me was that the main female character has the body of a child while the main male character was in his teens or twenties and they are supposed to be love interests.  Although the vampire might be older than him, it still felt nasty to watch. I would never watch this series again nor recommend it to anybody.

What a ride. This anime is quite different from many others (or at least the ones i watch). But let me say something beforehand: NEVER is it OK to put a child in the place of a much older girl.... First of all the cuteness was absolutely disgusting. I was jaw-dropped when i first saw the intro of this show. I have watched some pretty gruesome things in my life but never have i ever been so appalled. They had everything from "cute" fairies who speak all like "I'm sowwi mastah" to little girls in adorable cat suits. I'm not sure they left out ANYTHING that they didn't make the girls wear. From french maid outfits to nurse costumes, you name it. It might of worked out if the girls were shown to be a bit older (at least in their teens) but i guess due to the strange...ehm...fantasies of some people, the producers decided to keep the girls very young... This was a mix of action/comedy and it did seem like it. The comedy parts were good enough and the action was average at best. One thing that did really annoy me was those water buckets/sinks dropping out of the sky and hitting the characters' heads (that was intended to be the comedy part it seems). Though they did look funny sometimes, it was more irksome than humorous and at a few parts, it worked to destroy the serious mood so well that i felt like punching the producers. Another aspect that ruined a potentially good series was that horribly annoying fairy (which was originally a cat)...you just have to experience it yourself to see what i mean Story Not much of it. The summary tells us that this Kouhai person will help find Hazuki's mother (both of them are main characters). That played very little role in the anime itself. It was more like a side plot. Actually i don't think there even was a solid plot to go with. The whole story just revolved around the two main characters trying to protect each other (with the help of friends and family). It is filled with holes that prevent it from becoming good e.g. Who is the father of Hazuki? Why does he want to keep her in the castle? Why did her mother leave? etc. Whatever the story at the time maybe, at the end it got extremely ridiculous. I won't say how as that would be a spoiler but the writers effectively murdered whatever goodwill i had towards them. They also tried to put in some twists but you could probably predict them before the cause of those twists even happens. Animation The animation and effects were not too bad but considering other animes also aired in the same year, it is comparatively cheaper looking. The fight scenes had some good effects to them and were enjoyable most of the time. Though i don't think the writers were very creative with the fight scenes since it seems like most of the time our heroes were fighting  possessed trees. Character design was bad. Faces were unreal and unproportional. Some characters like Hazuki's mother looked as if they were taken from a 1990s anime. They even seemed to change during the whole series. At some time Hazuki looked much older (like a senior teen) and at others she could be mistaken for a 8 year old. The rest of the characters seemed not to change too noticeably (though change was there) Sound Hated both the opening and ending themes. Opening theme was too cute for my tastes and the ending theme was just as bad. To be honest i didn't listen to the whole ending theme because of the picture they decided to put with it which was just plain freaky. The music throughout the episodes however was average (meaning much better than the OP and EN songs). Sound effects were done better and i really liked the voice acting (English dubs). I especially liked the laughing voice of Hazuki at some parts Characters This could very well be the lifeline of this series. There was very little background given to any character (even the main ones). One major problem would be that there were way to many characters. It was like they were trying to cover up the awful storyline with as many characters as they could. Each had very different personalities which brought a lot of spice and life into the mundane plot. Most of the characters are likable and just watching them interact with each other is fun (particularly when you throw in the comedy aspects). There seemed to be a good connection between each character at the start (they genuinely had the feel of being good friends and caring family) but near the ending of the series that connection visibly deteriorated. Conclusion Overall this series was filled with holes and annoyances. Went against all my tastes and recommendations but surprisingly...it was VERY enjoyable. Even with all the cons and almost no pros i had a great time watching it. I learned to stomach the cuteness and get past the plot holes and behind all that was a fun series with quite a few laughs.This had a potential to be MUCH better but even now it is very entertaining. More than just a time passer and i do recommend this to anyone with nothing better to do 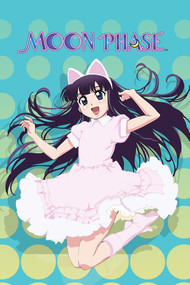 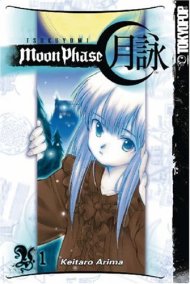