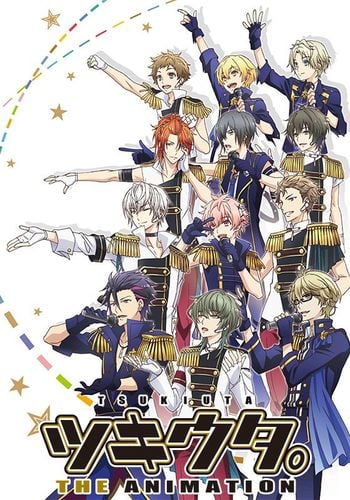 Both animes are about male idol groups and have similar artwork and lots of goodlooking guys and even decent music.

Each Episode focuses on one boy and his story

No Female Lead in Tsukiuta

Both anime feature a variety of male idols who demonstrate their passion and excitement in singing J pop songs.