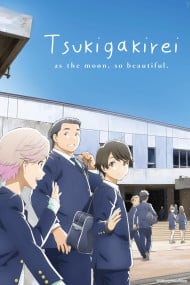 It’s the third year of middle school. Kotaro, a bookish boy aspiring to become a novelist, and Akane, a track girl who loves to run, meet in the same class together for the first time. They’re put in charge of the equipment for the sports festival, and slowly grow closer via LINE. How does Kotaro deal with his growing feelings for her? Meanwhile, Takumi has been in love with Akane since first year, and Akane’s friend, Chinatsu, becomes interested in Kotaro. A refreshing story of young love set in Kawagoe.

With its dull premise, bland character designs, and production values that seem to be funded entirely with change that's been dropped in the street, you can be forgiven for overlooking Tsuki ga Kirei. There just isn't anything about the show that draws your attention.  Unless, of course, you happen to catch 15 seconds of it and realize--oh, hey--it's a goddamn masterpiece.  Tsuki ga Kirei is every inch the old writer's adage "show, don't tell," taking us through a tale of first love told as much through silences and facial expressions and body language as through its actual dialogue (which, for the record, is some of the most realistic ever to grace an anime romance)--which is especially fantastic because it translates into the world of the show, as well: every character notices, infers from, and reacts to how everyone around them behaves. Y'know, like actual people do. (Not to say I don't enjoy a good running narration or series of unrealistic expository soliloquys, but having to suss things out from facial expressions and behaviors is pretty satisfying.)  And, as such, the characterization is, not surprisingly, equally brilliant, with everyone, from the protagonists to the most tertiary of the tertiary supporting cast, being fully realized and in some way essential to the story. They are so charming and relatable and lovingly crafted that it's as though they are the performers, rather than just being the avatars for the voice actors. That is, they don't just exist in this world--they live in it.  And, ultimately, that's the show's strength: everything about it is grounded, unadorned, bereft of cliche. It's filled with the mundane, but only insofar as it is fixed in the recognizable, the believable. No one's conveniently oblivious. No one's given a melodramatic speech detailing every one of the emotions they've felt all season. The characters talk like people, react like people. There's nothing contrived about the dramatic situations or the people involved in the dramatic situations. And real-life bustles on despite the drama.  Oh, and the protagonists are about the most adorable thing ever. (Ever.) If there is a problem with the show, it's the animation, which may as well have been cobbled together from the husks of cancelled film school projects. But even that mostly works in its favor, as it, by necessity, further emphasizes the truly important elements of the story--albeit by handwaving the less important areas with cheap CGI. It's a damper, but it's not a dealbreaker--by any stretch. Not with characters this charming. Not with a story this crafted--and surprising and heartfelt and honest. It's an instant classic. That is, if you happen to notice it.

Spoiler Free Review Overall As an accurate depiction of the typical middle school existence, Tsuki ga Kirei may be ideal as it perfectly captures the nearly endless tedium punctuated with excruciating moments of awkwardness. But as an entertaining anime goes, it’s only so-so. Now you may be thinking, “This guy just doesn’t like slow paced stories” to which I would respond, “You don’t know me!” I think a slow-burn story can be quite compelling when done correctly, like Hyouka or Mushishi. Hyouka overcame its slow pace with interesting characters and an interesting plot while Mushishi had compelling individual stories. Tsuki ga Kirei only has dull main characters and a generic plot to offer. If you really want to see a Romance, Coming of Age, Love Triangle, School Life anime, try Ore Monogatari!! (My Love Story!!). It deals with all the same issues with a similarly aged group (first year high schoolers instead of third year middle schoolers) with much more interesting characters and story. And while the action in Ore Monogatari!! is a little less realistic, it’s far more interesting and that’s okay as these are works of fiction. If you have already seen Ore Monogatari!!, wasn’t it great? I might watch it again now. Story There isn’t one. Okay, there is a budding relationship between two shy, awkward middle schoolers. That’s it. The entire story can be summed up in one boring sentence. That’s not good, feel. Animation I’m not usually one to complain about the animation style of an anime. Usually my opinion is as long as it doesn’t look like Speed Racer or detract from the story it is fine. The problem here is the animation occasionally detracts from the store. The close-up shots of the characters are fine but the use of computer animation for background characters in wide shots is sometimes scary. The characters move like mannequins brought to life by black magic. Sound It has sound. Who has ever decided to watch or not watch an anime based on the sounds? Not me. Characters As stated before, the main characters are tedious and boring. Perhaps if you are at a similar age and are similarly shy, speak Japanese, and are two-dimensional then perhaps you can relate, otherwise they two main characters are boring. The supporting characters are far more interesting, especially in the little vignettes occasionally shown after the end credits. Those short bits are the only reason to watch this anime. Conclusion I hope this review is helpful. I feel kind of bad coming down so hard on this anime, but it really is not worth the time. Toadora!, Ore Monogatari!!, Hyouka, or even Silver Spoon would be better use of your time. 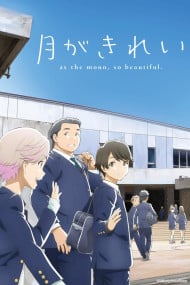 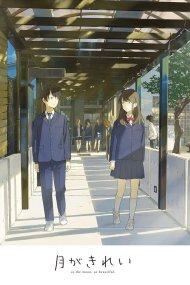