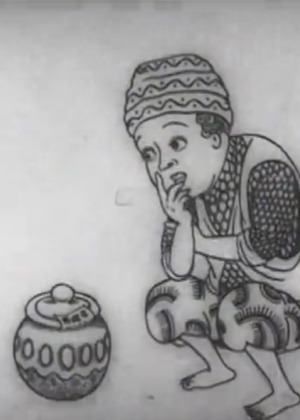 Muku no Ki no Hanashi

man of many arms

Many arms cling to a man. He doesn’t like it but he believes the situation will never change.

This is an introduction to a long-term and world-wide power outage’s consequences.

Bloopers in sports are different from the blunders we make in everyday life but they tend to share similar physical movements. The title comes from an old Japanese saying about recovering from bad happenings.

Symphony portrays a sentient creature trying to escape from a reality of being swept away and assimilated into the mainstream, regardless of its own will.

When there are light sources and objects, shadows can be sure there. On the contrary, I assume that you found the shadow. There is an object blocking the light by all means there. The shadow is proof for "There is the object there". If the shadow has disappeared... you should think that the object had disappeared. It is the only reality.

A comical interaction between a little girl who comes to buy sweets and a candy man.