Tropical-Rouge! Precure: Yuki no Princess to Kiseki no Yubiwa! - Recommendations 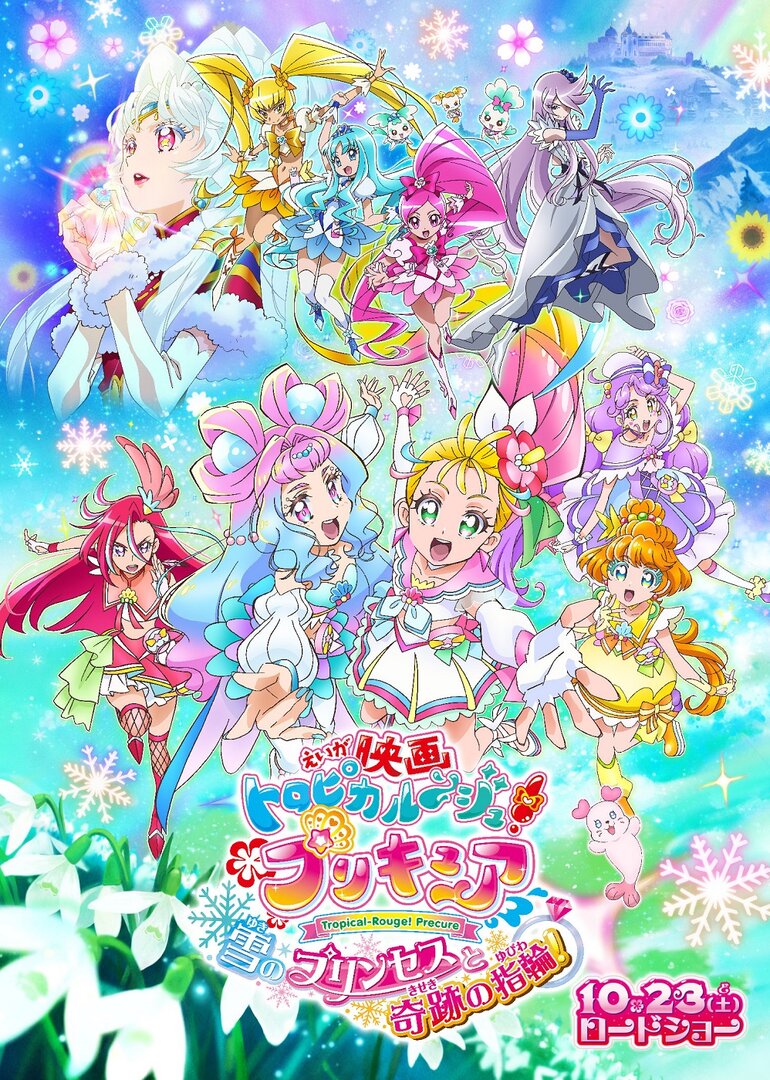 If you're looking for manga similar to Tropical-Rouge! Precure: Yuki no Princess to Kiseki no Yubiwa!, you might like these titles.

Frasei is shy young mermaid who attends the prestigious Delphic Academy to learn sea magic. But everything changes when she discovers a unique calling!

Nozomi Yumehara, a regular student, meets Coco and Nuts, two creatures from the Palmier Kingdom. They plead with Nozomi to restore their world, which has been destroyed by an organization called the Nightmares, by completing the magic book Dream Collet and finding the 55 Pinkies to make any wish come true. Meanwhile, the Nightmares are moving into the real world. Once Nozomi agrees to help, Coco and Nuts transform her into the magical girl Cure Dream and turn four fellow students into her Pretty Cure team.

Azuri, a mermaid princess, is betrothed to Prince Unagi. Their marriage is arranged to bring peace to their two kingdoms, but when Azuri falls in love with Thale, a royal guard, she doesn't know if she should save the world or follow her heart.