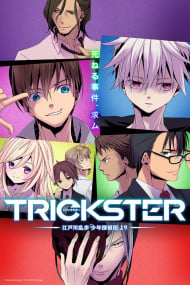 Kensuke Hanasaki meets a mysterious boy named Yoshio Kobayashi who, due to an unexplained fog, cannot die though he wishes for death. Intrigued by this boy, Kensuke invites him to join the Boys’ Detective Team and their work around the city. But danger awaits and their fate will lead them down a dark path.

What a fucking terrible show. Story Written by Erika Yoshida, who is practically a nobody who wrote 3 really bad manga an this I think is the first anime he's written and directed by Masahiro Mukai whose only experience was directing a few episodes or some anime and 1 or 2 movies and OVA's. You see what I'm getting t here? It seems that this show was driven by an inexperienced staff. Here's the problem: This show moves at a ridiculously slow pace, so much filler dialogue Mystery? What mystery? It has none Characters have no motive for their actions Everything gets resolved way to fast, there's no suspense, nothing The villan gets away at the end, I'm not joking here after all that shit he did Akechi leaves him alone.....and we're supposed to be fine with that? Every single character with the exception of kobayashi and to some extent Akechi are either boring or annoying Animation and Sound It's done by TMS, these guys have really high production values and it really shows, absolutely beautiful backgrounds, the colour design all simply well done. Character models look kinda bad though especially coming to the end of the show. The sound design is excellent although at times it can seem awfully quiet and no it does not add to the suspense of anything, it just makes me want to sleep Overall Pass this one, it's got nothing.

When someone blessed with that one curse... Not being able to die... Immortality? Even after many suicide attempts(#BungouStrayDogsDazaiDream) (#NarutoGara-like),he meets a boy named Hanasaki, a member of a peculiar Detective Team, proposes a peculiar deal which consists in the cursed boy, Kobayashi, joining the team in order to die by the hands of no other than Hanasaki who still needs to figure out how to... 'Fiend with twenty faces' looks like a mysterious guy wearing masks which look like a person's face as cover for his evil acts, shows his intellect on the first episode by escaping a bad ass member of the bad ass Detective Team(the peculiar one) in a ninja smoke grenade way, yet he's not so smart as he almost got caught on the damn first episode, but the way he escaped shows us that the ninja path he chose was worth. I'm still hoping to find out how worth watching this is rating from 1/5 & 0/10 so I can share with you. It's not a bad start at all! I'm expecting a bad ass development and a bad ass end, one not so emotional. -Ratings & Text are to be edited soon. ImLazyAF4avname and yet I managed to share with you my thoughts through this giant top ass review. How special do you feel you feel? Answer me below with your votes kohais! 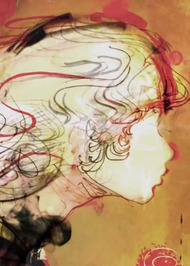 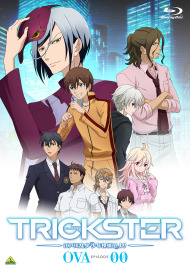 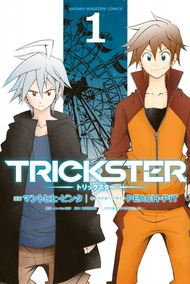